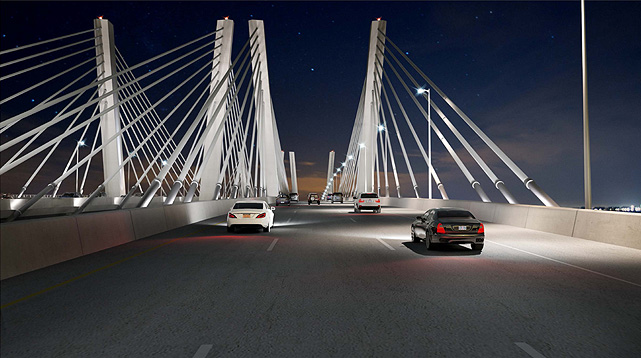 Construction on the $1.5 billion replacement for the Goethals Bridge that connects Staten Island with New Jersey began on Wednesday, with the new bridge to serve as a key thoroughfare for billions of dollars of goods and millions of travelers.

One Brooklyn grandmother who has children living in Lakewood said she was “delighted with the overdue replacement.”

“This is a very narrow bridge, but it serves as a main thoroughfare to my einiklach,” she said.

The new bridge will have smart technology, including Roadway Weather Information Systems that collect environmental data such as wind speed, visibility, and pavement temperature. It will have sensors embedded in the roadway to provide traffic alerts.

This is the first new bridge the Port Authority constructed in New York since 1931, when the George Washington Bridge opened to vehicular traffic.