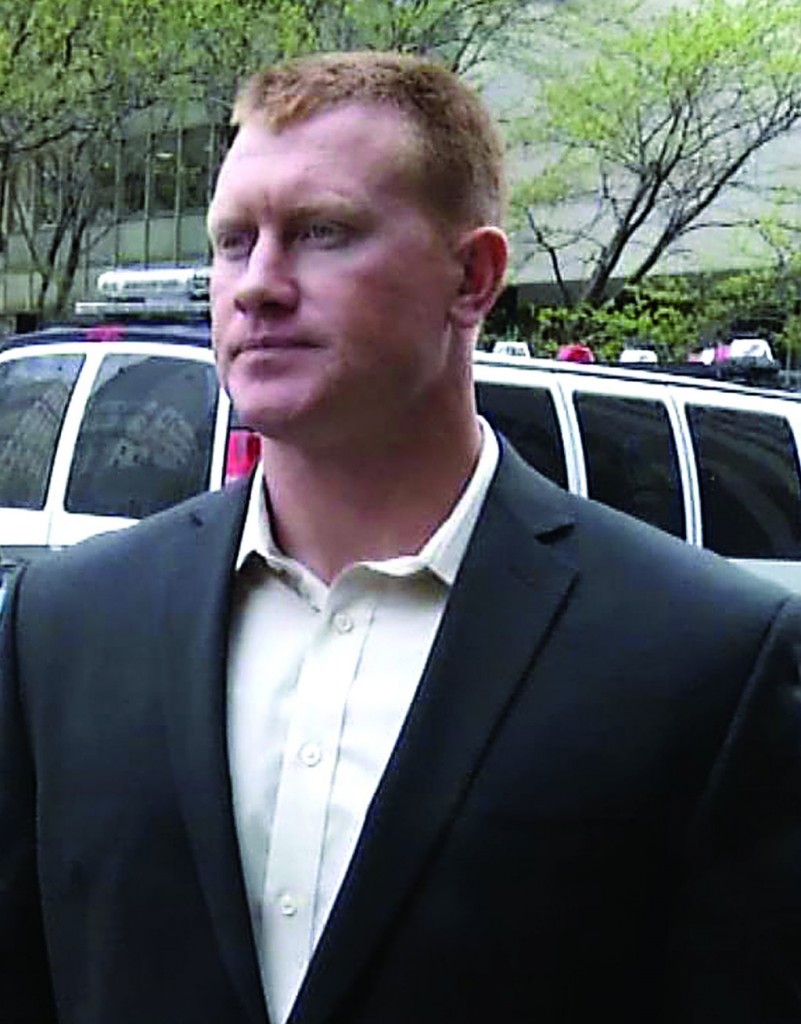 Four men accused of organizing a parachute jump from the top of the 104-story One World Trade Center tower in New York City in September pleaded not guilty on Tuesday to criminal charges, prosecutors said.

They were arraigned in state Supreme Court in Manhattan on charges of burglary, reckless endangerment and unauthorized jumping from a structure. They face a maximum of between five and 15 years in prison.

Marko Markovich, 27; Andrew Rossig, 33; James Brady, 32; and Kyle Hartwell, 29, all from New York, turned themselves in to a local police station in March.

Security cameras around the World Trade Center, still under construction on the site of the destroyed Twin Towers, had recorded at least two figures in black suits and black helmets landing at the bottom of the tower and walking off into the night with their parachutes at about 3:00 a.m. local time on September 30.

Andrew Mancilla, a lawyer representing Brady, said a joint motion had been filed by the defense on Tuesday to dismiss the burglary offense, the only felony among the charges.

Mancilla said they would argue instead for the defendants to do community service, “maybe even helping with security at the World Trade Center.”

The judge adjourned the case with the four men, who remain free on bail and are due back in court on June 24.

Rossig told reporters outside the court house that he planned to start a business selling parachutes to people in high-rise buildings.

Their arrest was one of a series in March that raised doubts about security at One World Trade Center despite the Port Authority spending millions of dollars to protect the site.

A 16-year-old New Jersey boy was arrested for sneaking to the top of the tower with his camera, while two CNN journalists were arrested for trying to sneak past security while reporting on the security lapses.