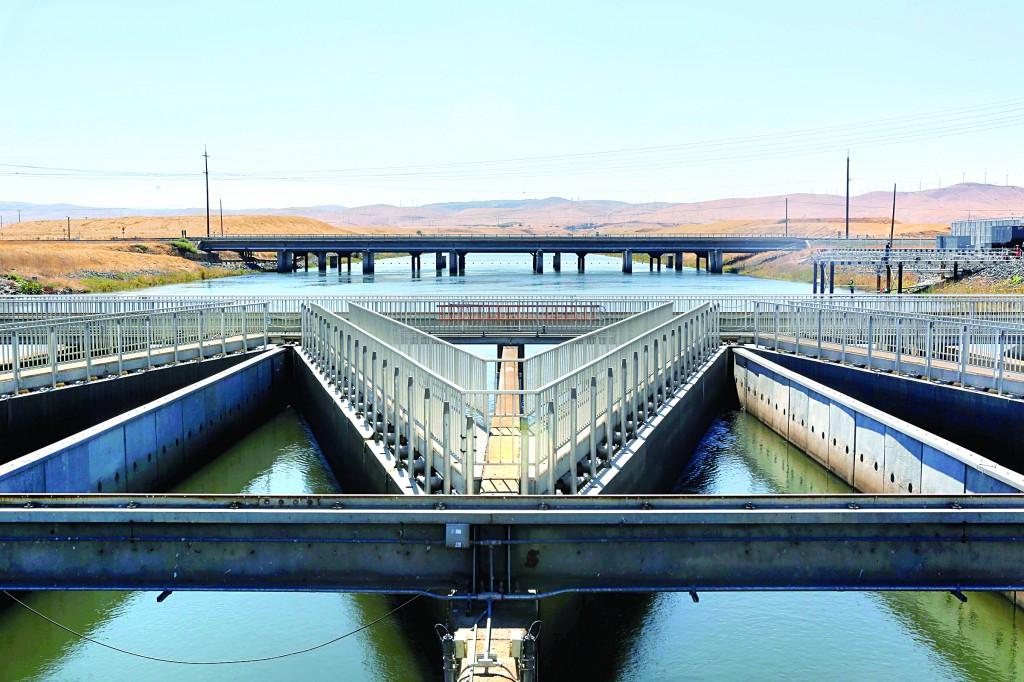 Water has flowed from Northern California’s snow-capped peaks to the south’s parched cities ever since the California Aqueduct was built in the 1960s. Now, amid one of the worst droughts in history, state officials are considering an audacious plan to send some of the water back uphill.

State water engineers say using pumps to reverse the flow of the aqueduct would be a first in a drought. It would also be a complex engineering challenge that could cost millions of dollars,

Still, water agencies in the desperately dry farmlands around Bakersfield say the investment is worth it to keep grapevines, and pistachio and pomegranate trees alive. Agencies as far north as the San Francisco Bay Area are talking about a similar project.

“There is no place on planet Earth where an aqueduct is designed to go backwards,” said Geoff Shaw, an engineer with the state Department of Water Resources who is reviewing the proposal. “But they have a need for water in a place where they can’t fulfill it, and this is their plan to fix it.”

The plan the department is evaluating was drawn up by five of the local agencies, or districts, that sell irrigation water to farmers. They would bear the cost of the project, which they have estimated at $1.5 million to $9.5 million.

They hope to get approval from the state in June and start pushing the water uphill later in the summer.

Long celebrated as an engineering marvel, the California Aqueduct is a 420-mile system of open canals and massive pipelines that serves millions of Californians, including those in the state’s biggest population centers: the San Francisco Bay area, Los Angeles and San Diego.

Under the plan, water districts would be allowed to pump into the aqueduct emergency water that they store in underground reservoirs in Kern County, about two hours north of Los Angeles. That banked water and other extra supplies would raise the level of water within a small, closed section of the aqueduct.

Then, pumps powered by diesel engines would push the water over locks and back upstream, against the southward pull of gravity. Farmers upstream could then use the water to irrigate their fields.

All together, the districts want to move 30,000 acre-feet of water along a 33-mile stretch between Bakersfield and Kettleman City. An acre-foot is enough water to cover an acre to a depth of one foot.

Even if water is pumped upstream, some will still flow south, so no customers downstream will be harmed, state officials said.