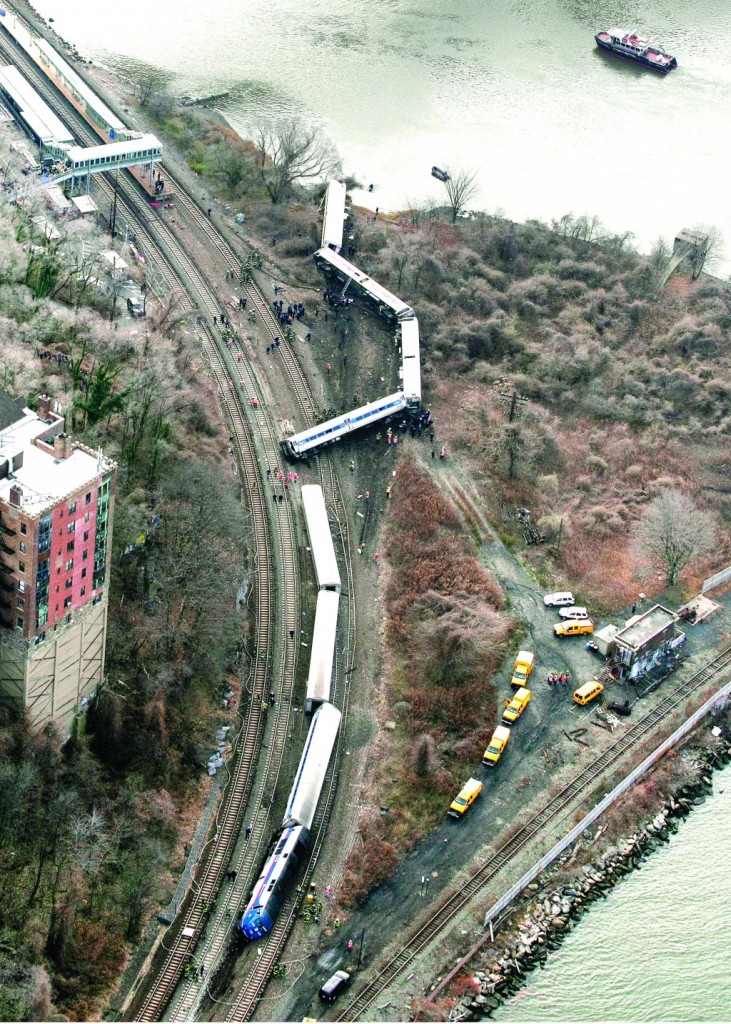 Connecticut Reps. Rosa DeLauro, Jim Himes and Elizabeth Esty and New York Rep. Sean Patrick Maloney announced a proposal with five components that Esty called “common sense modifications” for the commuter rail system that serves about 280,000 riders a day in Connecticut and New York.Every rail carrier control cab would be required to have an automatic fail-safe device that sounds an alarm when a train engineer seems idle while the train is in motion, develop a fatigue risk plan within 60 days and report on their progress in implementing a positive train control system — technology aimed at preventing human error — within 180 days of enactment.

Federal rail-safety law enacted in 2008 gave commuter and freight railroads until the end of 2015 to install positive train control systems. The technology can also prevent trains from colliding, entering tracks undergoing maintenance or going the wrong way because of a switching mistake.

The National Transportation Safety Board released documents on April 7 showing engineer William Rockefeller had a sleep disorder that interrupted his rest dozens of times each night and that he felt strangely “dazed” right before the Dec. 1 crash in the Bronx that killed four passengers. The Metro-North Railroad train hit the curve, which has a 30 mph speed limit, at 82 mph. More than 70 people were injured.

The legislation also calls on the secretary of transportation to issue regulations for redundant signal protection for workers on the track and that rail employees are provided with predictable and defined work and rest schedules.

Robert Luden, a 52-year-old track foreman, was struck and killed by a train in West Haven last May.

Metro-North spokesman Aaron Donovan said the railroad is already addressing various components of the proposed legislation, such as eliminating or retrofitting cars that lack alerters by the end of 2014, broadening a fatigue management program, expediting the use of positive train control and activating technology to ensure safety for employees on the tracks.

Sen. Richard Blumenthal, (D-Conn.), said Metro-North could put in place what the legislation calls for, but it has “failed to act.”