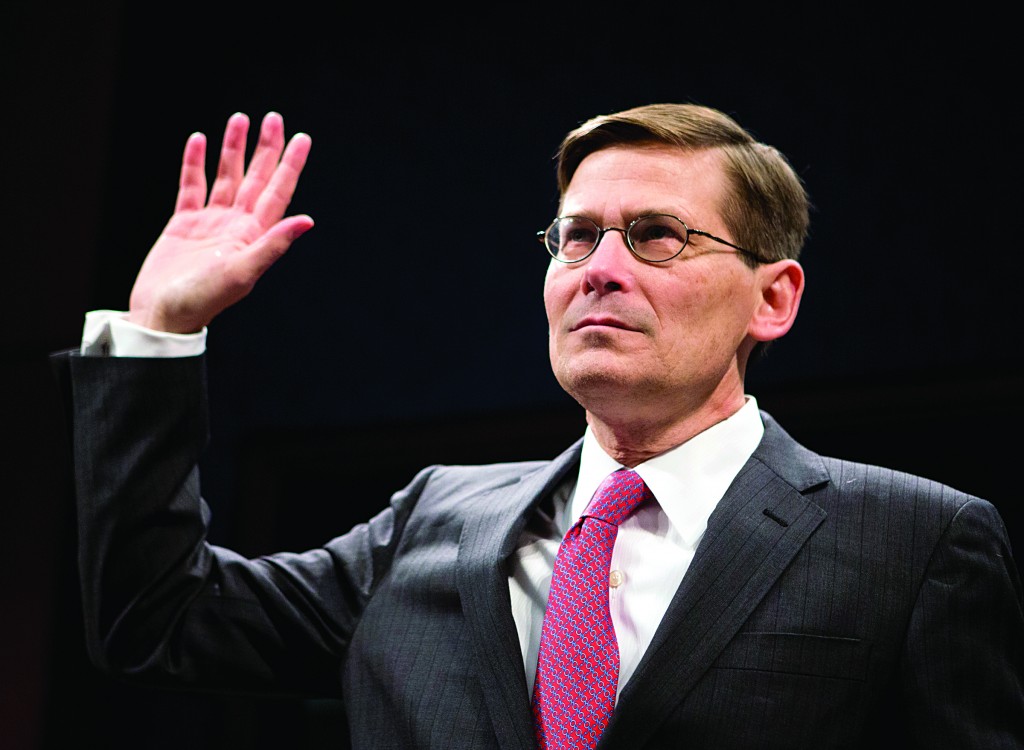 House Democrats opened the door Tuesday to participating in a special panel’s investigation of the deadly attack in Benghazi, Libya, even if they see it as little more than an election-year ploy by Republicans to discredit the Obama administration and motivate GOP voters.

Laying out her party’s conditions, Minority Leader Nancy Pelosi said Republicans must conduct interviews and share information as part of their new inquest into the Obama administration’s response to the Sept. 11, 2012, attack on the U.S. diplomatic past that killed four Americans. She called for the same number of Democrats as Republicans on the panel, a demand the GOP majority immediately rejected.

“If this review is to be fair, it must be truly bipartisan,” Pelosi (D-Calif.) said in a statement. Later, she told reporters that rank-and-file Democrats are “suspicious of whatever the Republicans are trying to do.”

With midterm elections looming closer, Republicans are sharpening their focus on the Benghazi attack that killed U.S. Ambassador Chris Stevens and three other Americans. A vote to authorize the probe is expected this week. A senior GOP congressman has issued a subpoena to Secretary of State John Kerry to testify before a separate committee. And the subject could surface in multiple other congressional hearings this week.

House Speaker John Boehner, R-Ohio, has yet to outline his full plan for the select panel, whose establishment is all but a formality in the GOP-controlled House. But the Republican chosen by Boehner to head the investigation said Democrats wouldn’t get the same number of seats — and votes — on the committee.

“Look, we’re in the majority for a reason. We have more seats in the House,” said Republican Rep. Trey Gowdy, a second-term congressman from South Carolina and former prosecutor. He called Pelosi’s comments a “good sign” that she is considering Democratic participation.

Twenty months since the attack, Republicans have made Benghazi a central plank of their strategy to win control of the Senate in November’s elections. Democrats are in a bind. They don’t want their presence to provide credibility to what they believe will be a partisan forum for attacks on the president and his top aides. But boycotting the committee would mean losing the ability to counter Republican claims.

Republicans say the White House, concerned primarily with protecting President Barack Obama in the final weeks of his re-election campaign, misled the nation by playing down intelligence suggesting Benghazi was a major, al-Qaida-linked terrorist attack. They accuse the administration of stonewalling congressional investigators ever since, pointing specifically to emails written by U.S. officials in the days after the attack but only released last week.

The administration denies any wrongdoing and says officials tried to provide the public with the best information available. Democrats accuse the Republicans of trying to generate a scandal to drum up political support ahead of the midterm elections, and to target former Secretary of State Hillary Rodham Clinton, the presumed front-runner for the Democratic presidential nomination in 2016.