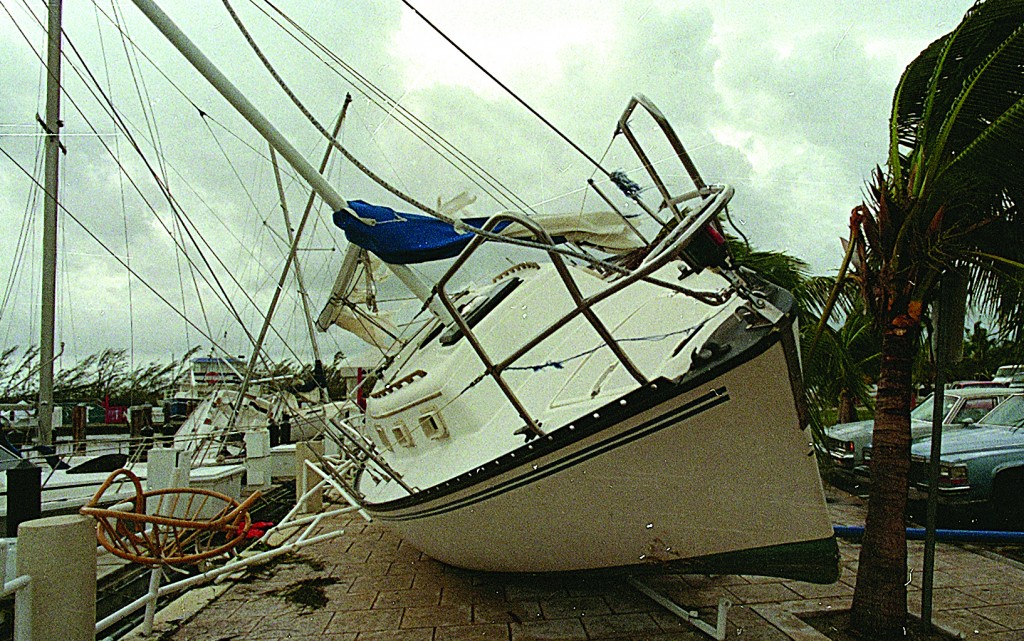 The warming of Earth, with human consumption of fossil fuels as the main cause, will have severe consequences for every region of the United States, according to the Third National Climate Assessment released Tuesday morning by the Obama administration.

Mandated by Congress and published every four years, the report is a science-based resource that is meant to inform public policy and private sector decisions.

The report concludes that extreme weather events influenced by climate change have grown more frequent and intense, including heat waves, drought and severe precipitation. “These and other aspects of climate change are disrupting people’s lives and damaging some sectors of our economy,” the report said.

Most Americans believe that climate change is happening or will happen in their lifetimes, according to a March Gallup poll. But only one in three sees it as “serious threat” to their way of life, the poll reported.

The climate assessment is meant, in part, to drive home the seriousness of the threat by focusing on local impacts. “The overall message is that climate change is happening right now — we can’t think of this as an issue for future generations,” said Radley Horton, one of the lead authors and a climate scientist at the Earth Institute’s Center for Climate Systems Research at Columbia University. “We know that the effects on ecosystems, infrastructure, economics and public health are going to grow.”

Written by more than 240 scientists, business people and other experts, the report explains that the U.S. annual mean temperature has risen by 1.3 to 1.9 degrees Fahrenheit since the late 19th century, with most of the increase occurring since 1970. “Temperatures are projected to rise another 2 degrees F to 4 degrees F in most areas” of the country over the next few decades, according to the report.

If the U.S. and other big emitters enact polices that would cut emissions considerably, U.S. temperatures would rise about 3 degrees to 5 degrees Fahrenheit by the end of the century. Under today’s “business-as-usual scenario,” U.S. average temperatures would rise by 5 degrees to 10 degrees, which means that summers in New Hampshire by the end of the century would be as hot as those in North Carolina now. “Extreme heat is becoming more common, while extreme cold is becoming less common,” the report says.

The report sketches out sobering scenarios for different regions. The Northeast and Midwest, for instance, would see a huge increase in heavy downpours that could lead to flooding and erosion. The Southwest would be more prone to extreme heat, drought and wildfire. The first rains after fires compound the peril and damage because they wash down debris and earth left behind, said Gregg Garfin, a climatologist at University of Arizona and a co-author.

The climate assessment arrives amidst increased efforts by the Obama administration to address climate change. In February, the administration created so-called climate hubs under the Agriculture Department to connect farmers and ranchers with universities, industry groups and federal agencies to help prepare for disasters worsened by climate change, such as wildfires, pests, flooding and drought.

Obama has also directed the Environmental Protection Agency and the Transportation Department to develop a new generation of tougher fuel economy standards for heavy-duty, long-haul trucks. The draft rules are due by March 2015 and the final version a year later.

The president also plans to ask Congress for $1 billion in his 2015 budget to establish a “climate resiliency fund” that would finance research, preparation and infrastructure to adapt to extreme weather driven by global warming.

Recently, the administration also came out with a blueprint to reduce emissions of methane, a highly potent greenhouse gas. And in early June, the EPA is expected to issue the first-ever rules to cut greenhouse gases from power plants, the single-largest source of emissions.