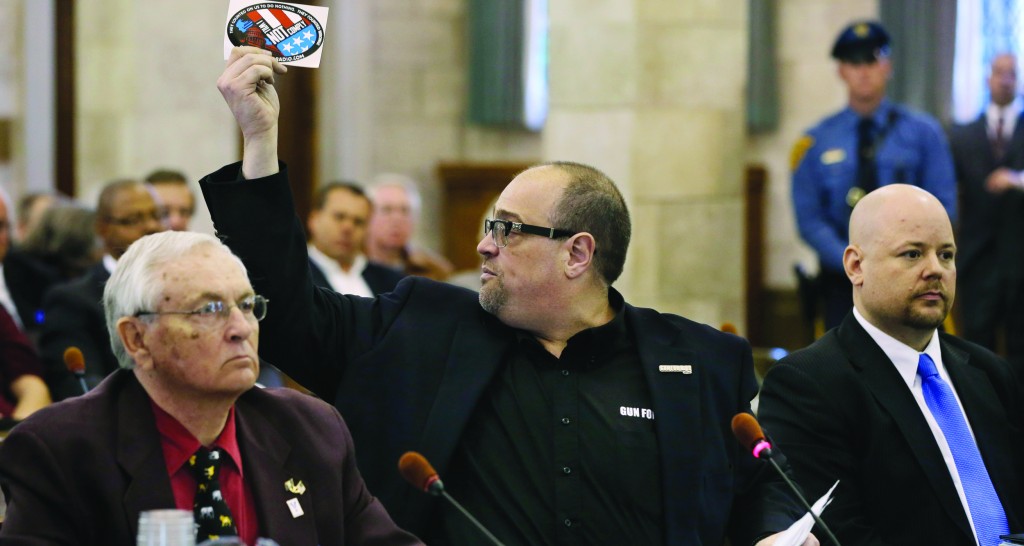 The Supreme Court on Monday let stand New Jersey’s requirement that gun owners demonstrate a justifiable need in order to carry firearms in public, turning away another case over whether Americans have a constitutional right to be armed outside the home.

One of the plaintiffs, Sussex County resident John Drake, said he needed a gun because of his job restocking ATM machines. Other plaintiffs included a reserve sheriff’s deputy, a civilian FBI employee and a victim of a kidnapping, all of whom were initially denied gun permits.

In his 2012 ruling upholding the law, Judge William Walls wrote that the alternative to the state’s “justifiable need” requirement would be granting permits to carry a gun to anyone who felt “the subjective need based on nothing more than ‘general fears’ to go about their daily lives prepared to use deadly force. The risks associated with a judicial error in discouraging regulation of firearms carried in public are too great.”