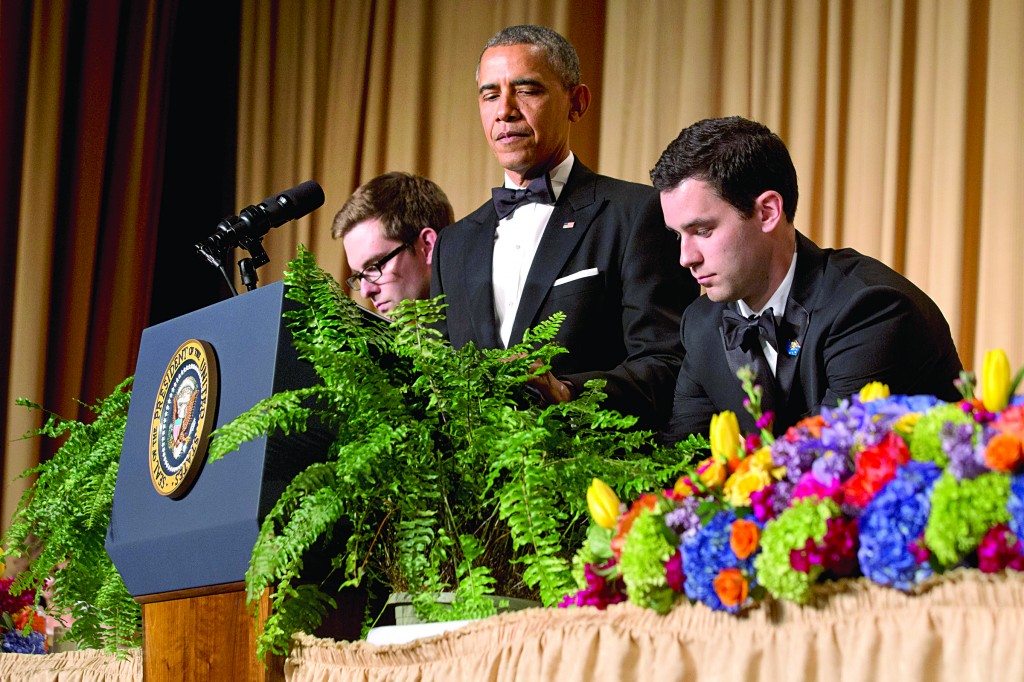 From the bungled rollout of “Obamacare” to New Jersey gridlock, all was fair game for President Barack Obama and his spirited but pointed humor when he took center stage as comedian in chief.

At the annual White House Correspondents’ Association dinner on Saturday, Obama observed that the House speaker’s fellow Republicans have lately been as critical of Boehner as they’ve been of him.

“Which proves that orange really is the new black,” Obama said to roars of laughter.

“We rolled out healthcare.gov. That could have gone better,” Obama said, poking a little fun at himself and his administration. “In 2008 my slogan was ‘Yes, we can.’ In 2013 my slogan was ‘Control-alt-delete.’”

When a video Obama introduced failed to play properly, he asked, “Does anybody know how to fix this?” To laughter, the out-going Health and Human Services Secretary Kathleen Sebelius stepped up and said: “I got this. I see it all the time.”

The annual dinner has become a tradition in the nation’s capital, promising a black-tie evening of humor and being in the presence of celebrities. The event once again attracted an array of journalists, government officials, politicians and media personalities as the association raised money for college scholarships.

In his own stand-up routine, Obama didn’t waste any time turning his barbed jokes toward the news media.

“MSNBC is here,” he said. “They’re a little overwhelmed. They’ve never seen an audience this big before.”

The president saved his sharpest jabs for another cable news network. “The Koch brothers bought a table here tonight, but as usual they used a shadowy right-wing organization as a front. Hello, Fox News!”

He added: “Let’s face it, Fox. You’ll miss me when I’m gone. It will be harder to convince the American people that Hillary was born in Kenya.”