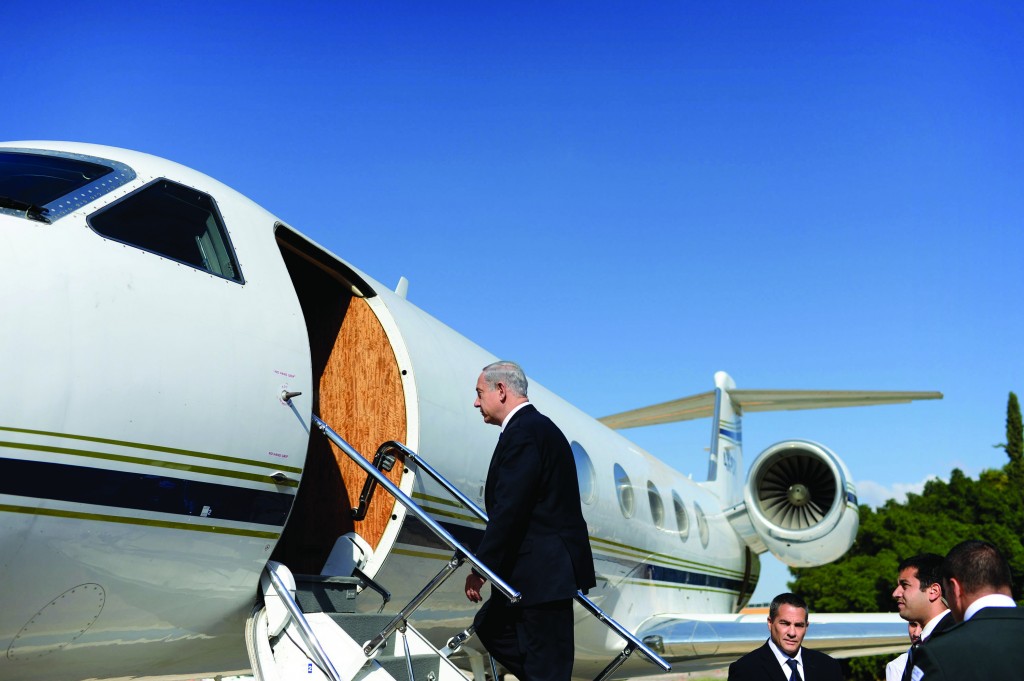 Israeli Prime Minister Binyamin Netanyahu, complaining he has to rely on “some antenna they stick on a window”, says he lacks reliable and encrypted communications on the chartered aircraft that fly him on visits overseas.

The disclosure, by the leader of a country with deep security concerns, appeared in a report on Sunday by a government-appointed panel that examined whether an official plane should be bought for the prime minister and the president.

It recommended the state purchase a used aircraft and equip it with secure communications and anti-missile countermeasures.

After an ageing air force Boeing 707 was retired in 2001, Israel’s prime ministers have chartered aircraft from national commercial carriers for official trips abroad, including 12-hour flights to the United States, a main destination.

“All of those (who testified) pointed to the gravity of the situation, in which the prime minister does not have constant satellite communications for the duration of the flight, which can take many hours on trans-Atlantic routes,” the committee said, after hearing Netanyahu and top security chiefs.

“Communications, when they are available, are not encrypted,” it added.

Netanyahu, in his remarks to the panel, complained that it was “inconceivable” that “the supreme leadership of the State of Israel is put into a can” that has no protection or proper communications.

“There is communication, when they stick some antenna on a window,” it quoted the Israeli leader as saying.

Reporters who have flown on Netanyahu’s plane have, on at least one occasion, seen an aide walk back into the press section, cradle a hand-held satellite phone next to a seat window, make a call and ask about the latest news in Israel.

Shin Bet chief Yoram Cohen told the committee that sometimes his agency “had sensitive intelligence it wanted to convey to [Netanyahu] … but the prime minister is unable to receive classified information during a flight.”

Tamir Pardo, who heads the Mossad, complained: “You try to jerry-rig something in the cockpit — to improvise something that is completely idiotic.”

The committee estimated that a used long-range plane could be bought for about $70 million, including the cost of special communications and anti-missile equipment.

Netanyahu, who visited Washington and Los Angeles in March and flies to Japan for an official visit later this month, has been pushing for the purchase of an aircraft, arguing it would be cost-effective.

His travel has drawn the most scrutiny among Israelis, who bridled over $127,000 in taxpayer money — tagged onto a $300,000 charter bill — paid to El Al airlines to build a bedroom for Netanyahu and his wife for a 5-hour flight to London last year.