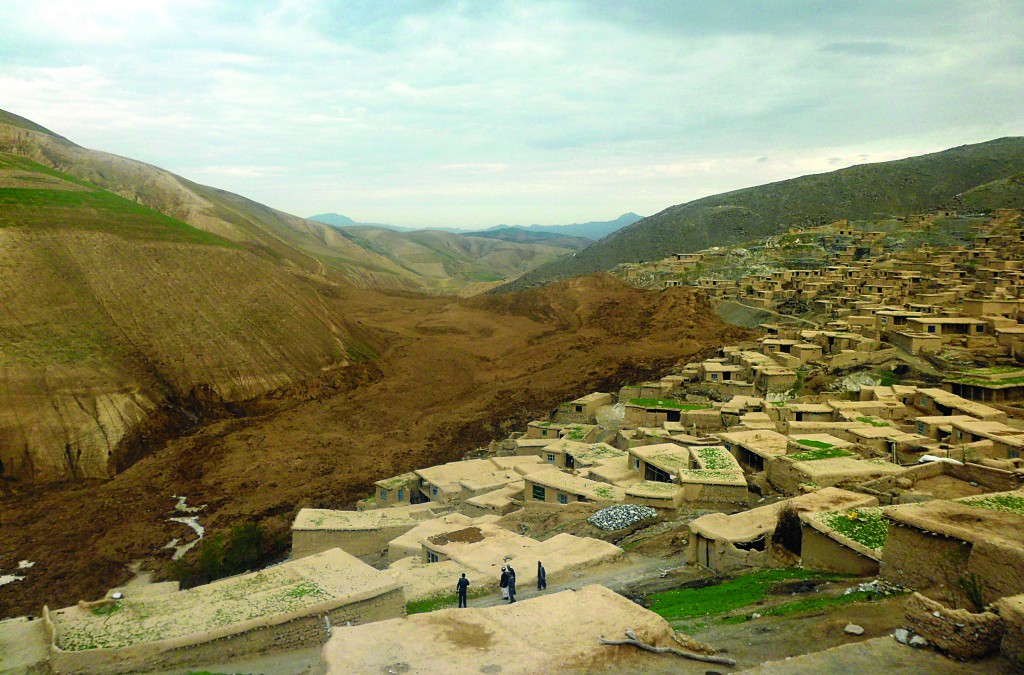 As Afghans observed a day of mourning Sunday for the hundreds of people killed in a horrific landslide, authorities tried to help the 700 families displaced by the torrent of mud that swept through their village.

The families left their homes due to the threat of more landslides in the village of Abi Barik in Badakhshan province, Minister for Rural Rehabilitation Wais Ahmad Barmak said.

Another reason for the evacuation was the threat of flooding caused in part by the landslide itself, said Mohammad Daim Kakar, from the Afghanistan Natural Disaster Management Authority. He said the shifting earth had made it difficult for water to drain through the valley — a serious concern as rain continued to fall Sunday.

Engineers are working on a plan to divert the water, he said.

Aid groups and the government have rushed to the remote area in northeastern Afghanistan bordering Tajikistan and China with food, shelter and water. But for those affected, help was slow to arrive.

“My family, my wife and eight children are alive, but have nothing to use as shelter. We have nothing to eat,” said Barat Bay, a 50-year-old farmer and father of eight. “We have passed the last two nights with our children at the top of this hill with no tent, no blanket.”

Kakar, who visited the area Sunday, acknowledged that aid had yet to reach some people but said their efforts were complicated by villagers from areas unaffected by the landslide also coming to claim the aid.

A spokesman for the International Organization of Migration, Matt Graydon, said the group is bringing solar-powered lanterns, blankets and shelter kits. He said after a visit to the area Sunday that some residents have gone to nearby villages to stay with family or friends while others have slept out in the open.

President Hamid Karzai designated Sunday as a day of mourning for the hundreds of people who died. Authorities still don’t have an exact figure on how many people died in the landslide, Barmak said, and estimates have ranged from 250 to 2,700.

The government has identified 250 people who died and estimated that 300 houses were buried under tons of mud, Barmak said.

It will be impossible to dig up all the bodies, but many people continue to look on their own, said Abdullah Homayun Dehqan, the head of Badakhshan province’s National Disaster Department. He said officials met with community elders Sunday in Faizabad, the provincial capital, to see whether they wanted the government to continue digging, but said no final decision has been made.

President Barack Obama called Karzai on Sunday to offer his condolences and additional assistance for the relief efforts. A White House statement about the call did not elaborate.