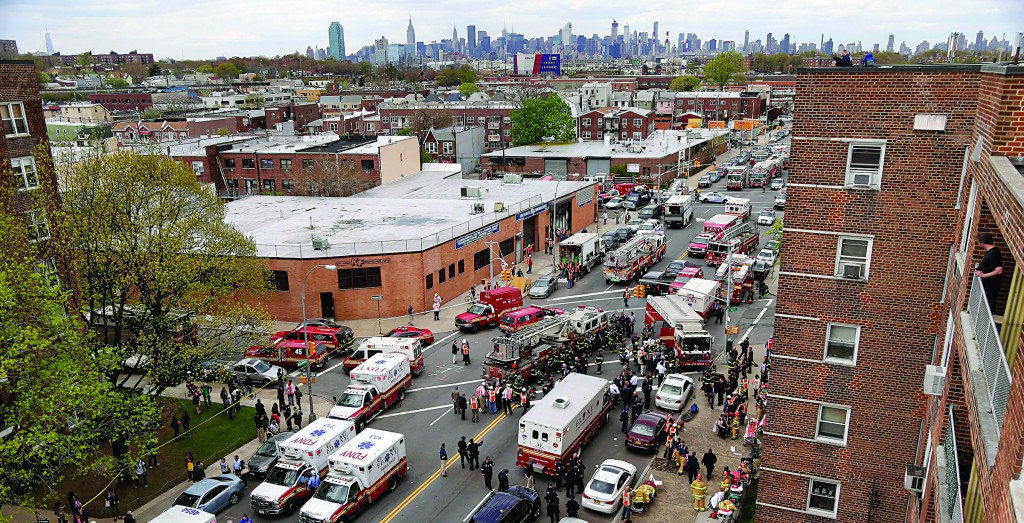 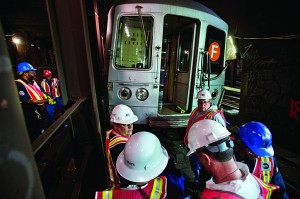 A newly manufactured subway rail on the F Train snapped on Friday in Queens, causing one of the most significant train derailments in years on the nation’s largest subway system, injuring 19 passengers and stranding hundreds underground for an hour.

The Metropolitan Transit Authority said Saturday that the rail was installed just weeks before and was manufactured inthe U.S. in November. The other

rails from that shipment will be tracked down and inspected.

The express F train carrying 1,000 passengers was heading for Manhattan and Brooklyn when six of its eight cars derailed around 10:30 a.m. more than 1,000 feet from the nearest station. The train was plunged into darkness, and sparks and smoke partially filled some of the cars.

“It was scary,” said passenger Rashmi Basdeo, a sales associate
from Queens who was taking the train to work in Manhattan. She said she held onto a post as the train came “screeching to a stop.”

“We knew it was derailed from the sounds and the position of the car,” she said.

Four people suffered serious injuries and were hospitalized, while 15 others, some of whom complained of chest pains, were treated at the scene.

Dozens of emergency workers converged quickly on the scene, some of whom used ladders to help passengers descend from the train to track level and guided them along the track to an opening in the sidewalk. Power was cut to the third rail to aid the rescue.

Derailments are relatively rare in the city’s subway system, which makes 8,000 trips and ferries 5.4 million riders each weekday.

The last derailment was in May 2013; none of the 424 passengers were hurt. The last major derailment was in August 1991, at Union Square. Five people were killed, and more than 200 were injured. The motorman was drunk.