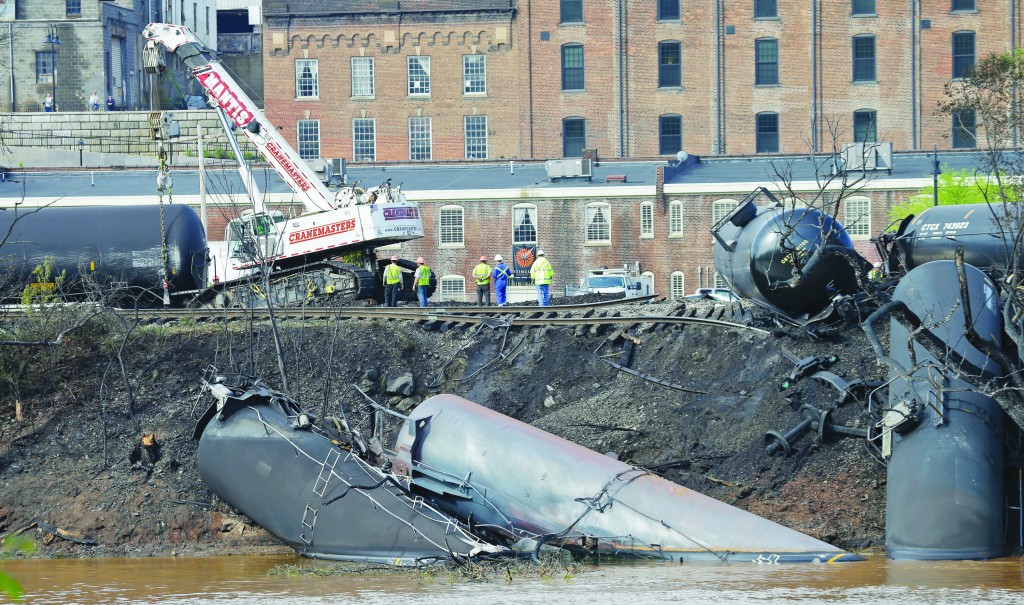 With production booming in the Bakken oil field along the U.S. northern tier and in Canada, some experts say stronger rules to head off a catastrophe are long overdue.

In the latest crash, a CSX train carrying Bakken crude from North Dakota derailed Wednesday in downtown Lynchburg, sending three tanker cars into the James River and shooting flames and black smoke into the air. No one was injured, but the wreck prompted an evacuation, and worried local residents and officials.

There have been eight other significant accidents in the U.S. and Canada in the past year involving trains hauling crude, and some of them caused considerable damage and death, according to the National Transportation Safety Board. Bakken crude ignites more easily than other types.

The NTSB and members of Congress have been urging the Transportation Department to work swiftly on new standards that would make tanker cars more rugged.

“Everybody is waiting on them and expecting some significant action,” Grady Cothen, a  former Federal Railroad Administration official, said after Wednesday’s wreck. “It’s a front-and-center concern on the part of everybody in rail transportation.”

Transportation Secretary Anthony Foxx has told lawmakers that regulators are working as quickly as they can to get tougher tanker car regulations written and approved.

But he said some oil companies have failed to provide the data he requested, and he complained that the agency within his department that regulates flammable liquids is understaffed.

“We have a million shipments of hazardous materials moving around this country every day, and we have 50 inspectors,” Foxx told The Associated Press recently.

The cause of the accident is under investigation by the NTSB. CSX said it is cooperating fully.