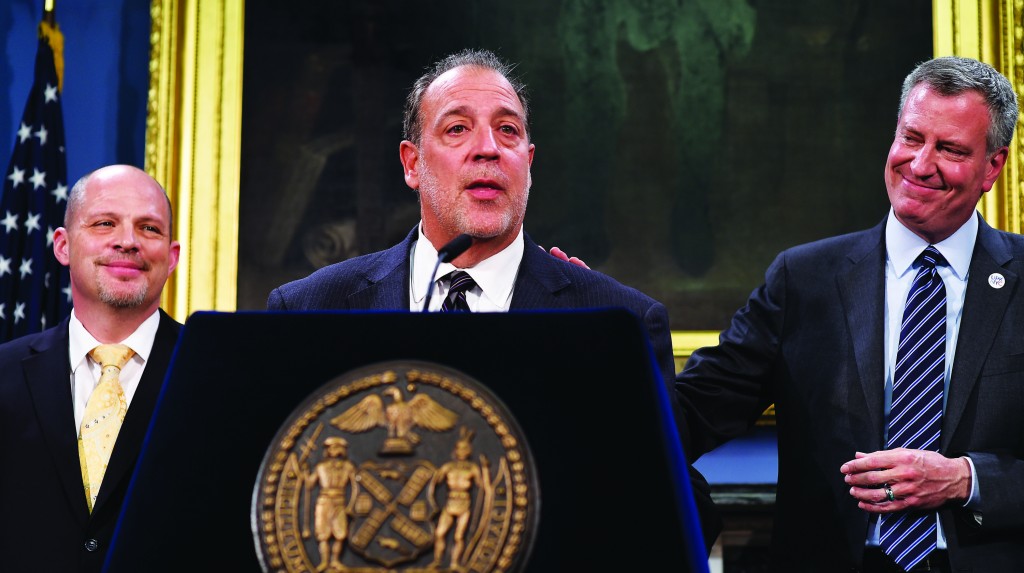 New York City and its largest teachers union struck a deal on a new contract Thursday, Mayor Bill de Blasio announced, ending a nearly five-year labor dispute and potentially setting a template for negotiations with the city’s other unions.

Teachers will receive back pay equivalent to nearly 8 percent of their salaries and a series of additional small raises through 2018 under the nine-year contract.

The contract, which will expire after de Blasio runs for re-election, also will fund merit pay for teachers and provides the city $1 billion in health care savings, an important point among city negotiators wary of the budgetary strain caused by rising health care costs. De Blasio noted that the agreement is being funded within the city’s current budget framework and called it a victory for taxpayers.“This agreement will be a gateway to great progress in our school system,” he said at a news conference in City Hall.

The deal is the first major labor agreement struck by de Blasio, and it could affect negotiations with the other nearly 150 labor unions, all of whom have been working with expired contracts.

Ex-Mayor Michael Bloomberg has long said the city could not afford retroactive raises for all unions, which could total up to $8 billion. Many of the unions ended negotiations with him, preferring to wait for a new mayor who may have warmer relations with them.

City workers do not contribute to their health care costs, which will not change in the new deal. The $1 billion in health care savings achieved by the end of this contract will occur by other means, including centralized drug purchases and auditing health benefits to remove individuals not entitled to services.

The contract will allow the firing of the more than 1,000 teachers who are still being paid even though their jobs have been eliminated due to poor performance.