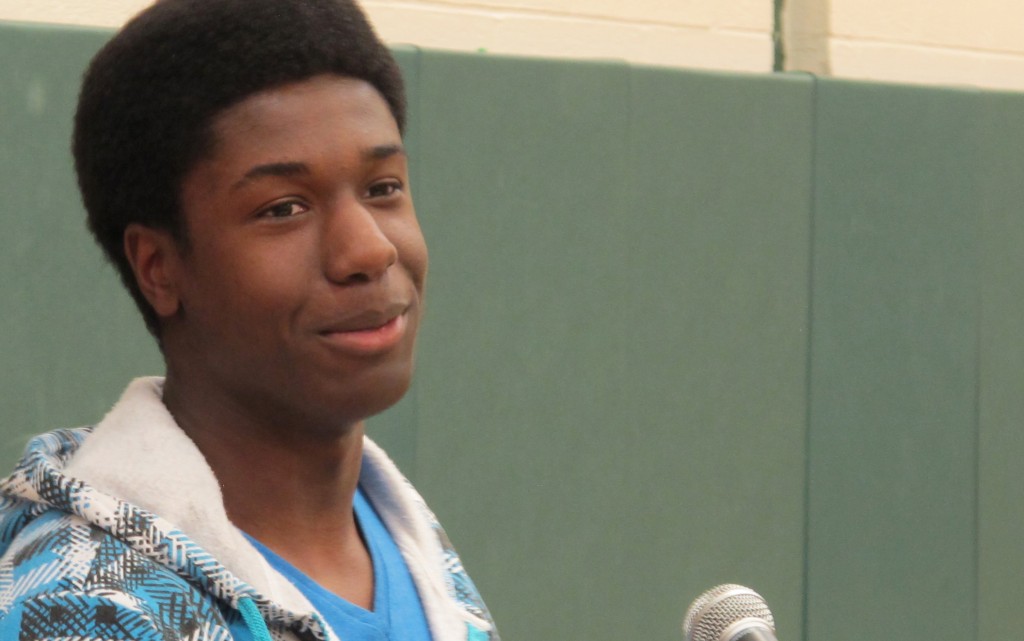 Kwasi Enin is taking his brains to Yale.

In a move usually reserved for highly-recruited athletes, a suburban New York high school student who was accepted to all eight Ivy League schools by dint of his brain announced Wednesday before a phalanx of national media that he has decided to be a member of Yale University’s Class of 2018.

He explained he had been thinking about Yale, but the clincher was a campus visit last week.

“I met geniuses from all across the world and everyone there was so friendly and inviting and the residential college system there is just wonderful for each student,” the 17-year-old Shirley resident told reporters.

Enin, whose parents emigrated from Ghana in the 1980s, attracted national attention this spring after being accepted at all eight Ivies plus several New York state colleges. On his application essay to the Ivy League schools, the Long Island teenager wrote passionately about his love for music, although his intention is to someday go to medical school and become a physician.

“Whenever I perform … I become immersed in the conversations between performers and the audience,” he said in the essay. “As I become lost in these conversations, I create blissful memories in which I am truly part of my community’s culture and eventually its history.”

He noted at Wednesday’s press conference that he sensed that he would be very happy at Yale.

“I believe that their deep appreciation and love for music, like I have, was very critical for me deciding to go there,” he told reporters.

Enin was joined at the press conference by his parents, Ebenezer and Doreen Enin, and his 14-year-old sister, Adwoa.

Ebenezer Enin said he and his wife have encouraged both of their children to excel in the classroom.

“I believe you can do better than him,” he said he told his daughter.

Enin scored 2,250 out of 2,400 on his SAT. He was also accepted at Brown, Columbia, Cornell, Dartmouth, Harvard, Princeton and the University of Pennsylvania.