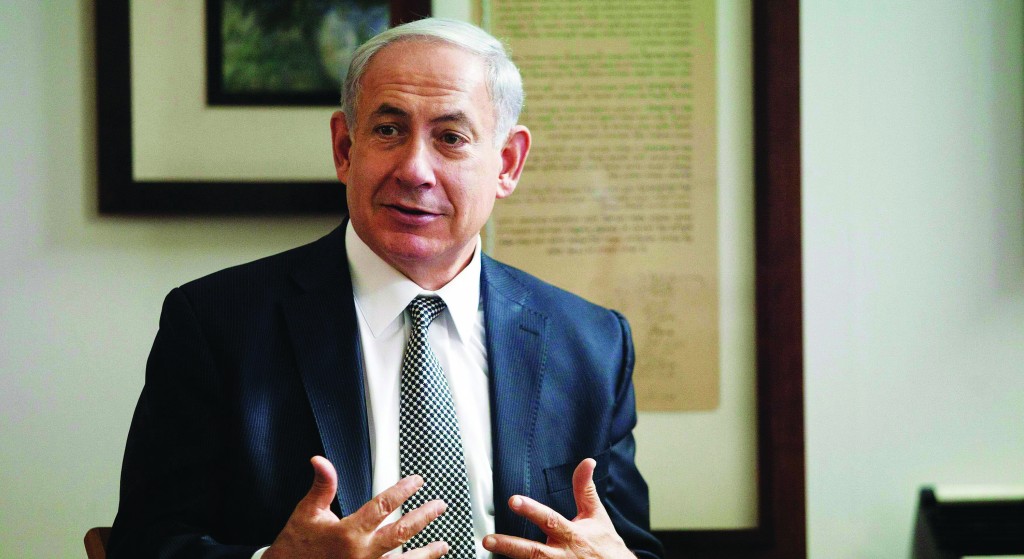 Israeli Prime Minister Binyamin Netanyahu said on Thursday that he plans to promote legislation that will enshrine the country’s status as the nation-state of the Jewish people.

The issue figured prominently in the peace talks, where the Palestinians repeatedly refused Netanyahu’s demand for their recognition of Israel as the Jewish homeland. Netanyahu said that a peace agreement would not be possible otherwise.

“To my great regret, as we have seen recently, there are those who do not recognize this natural right. They seek to undermine the historic, moral and legal justification for the existence of the state of Israel as the national state of our people,” the prime minister said.

He said that he would seek to “legally anchor” the idea as a Basic Law. In lieu of a formal constitution, a series of Basic Laws adopted by Knesset since 1948 define governmental, legislative and judicial powers and protect civil rights.

In the same speech, Netanyahu gave his assurance that the rights of minorities would continue to be protected.

Chastising the country’s center-left proponents of the two-state solution, he said, “It is hard for me to understand that, among those calling on Israel to make concessions in Yehuda and Shomron, due to their understandable desire to avoid a bi-national state are those who oppose defining Israel as the nation-state of the Jewish people.

Predictably, Netanyahu’s proposal has elicited a mixed reaction. While the Likud, Yisrael Beitenu and Jewish Home factions will likely support it, Yesh Atid and the Movement will oppose it.

Justice Minister Tzipi Livni came out against it on Thursday.

“I will continue protecting Israel’s values as a Jewish and democratic state and in no way will we allow [anyone] to weaken the democratic values and surrender them to the Jewish ones — this is the very essence of the Declaration of Independence and this is the basis of our existence,” she wrote in an online statement.

If Netanyahu follows through with a serious attempt to push through his proposal, it could lead to the collapse of the governing coalition, The Times of Israel reported on Thursday.