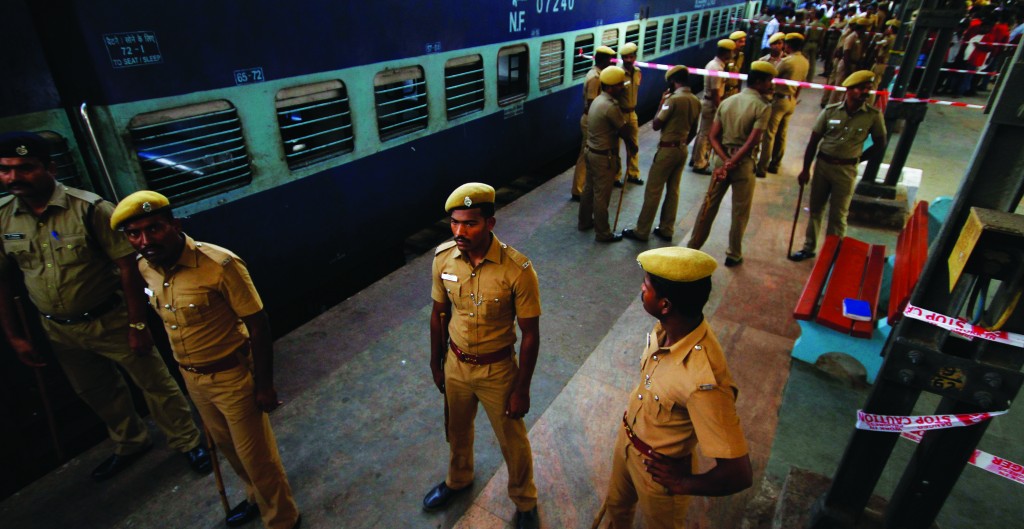 A woman was killed and 14 people were injured after two explosions on a train in a station in the southeastern Indian city of Chennai early Thursday, officials said.

There were two “minor-intensity blasts” inside two coaches of the Bangalore-Guwahati Express 10 minutes after it arrived at Chennai central railway station, railway official M Boopathy said.

A 24-year-old woman was killed when one of the explosions went off under her seat, he said.

“Two people were seriously injured and 12 people suffered minor injuries. They have been admitted to a hospital,” he said.

The explosions triggered panic at the busy station.

“Such barbaric attacks targeting innocent men, women and children only highlight the desperation and cowardice of those responsible,” he said.

The bombings took place during the five-week long Indian elections that began April 7. Chennai is the state capital of Tamil Nadu that saw polling last week.

Police said it was not known what explosive device was used and they were investigating possible terrorist links.

Broadcaster NDTV said police were questioning a suspect who was found hiding in the train after the bombings.

Local politicians alleged terrorists were behind the attacks but state senior police officer K Ramanujam said it was premature to say it was a terrorist attack.

Security was stepped up at airports, railway stations, bus terminals and key installations in the region soon after the bombings.