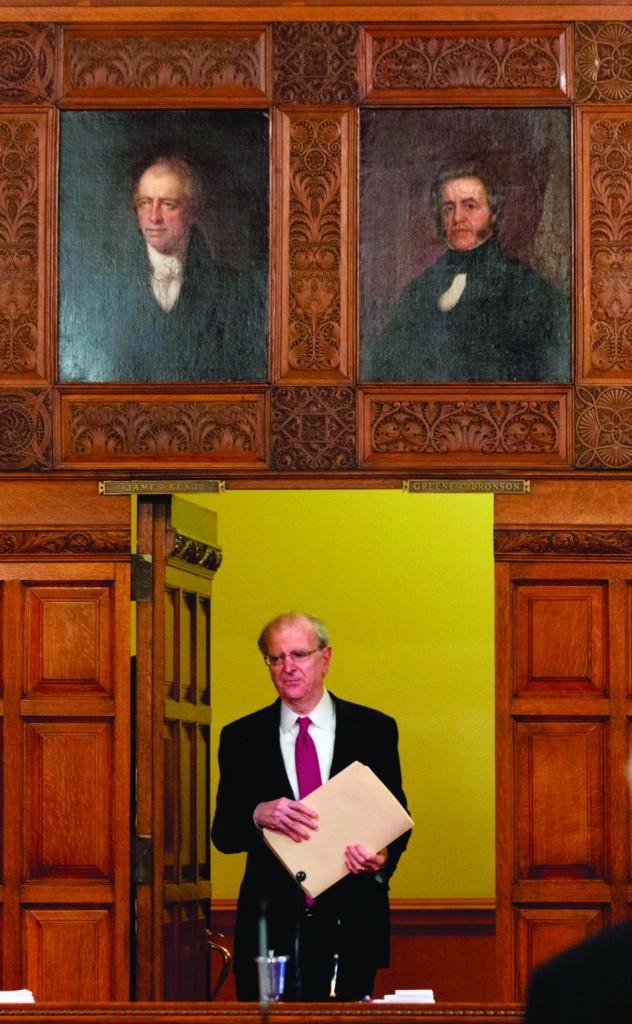 New York’s chief judge on Wednesday proposed new filing requirements for debt collectors that he says will bring more fairness to state consumer cases and put them in line with due process.

Judge Jonathan Lippman said many debtors discover they’ve been sued only after their bank accounts are frozen or their wages garnished. Most of them have no lawyer and are confused about old, often resold, debts, and many never appear in court. Others are never served notice of a lawsuit and end up losing the case by default.

Following a 30-day comment period, the rules would be implemented by June 15. They are intended to stop default judgments based on what the judge called “robosigned” affidavits “containing few if any facts relating to the history of the debt at issue.”

Instead, plaintiff creditors would have to file detailed court affidavits identifying the specific account at issue, the credit agreement, the complete chain-of-debt ownership, and an itemized list of the principal, interest and other charges. Another affidavit would have to attest that time hasn’t run out on the legal collection period.

In order to prevent so-called “sewer service,” where notices to defendants are simply thrown away, creditors would have to file an affidavit attesting that the debtor was served with notice of the lawsuit and also provide the court a copy, including an envelope addressed to the debtor and return address of the court clerk. Default judgments would be prohibited where notices are returned because of an unknown or wrong address.

Claudia Wilner, senior staff attorney for the New Economy Project in Manhattan, said about 35 percent of the claims described by people who call the group’s free hotline for legal help are against the wrong person or for debts that don’t exist. Most of the other claims contain some kind of error.