World Iraqis Vote in an Election Without Foreign Troops
World 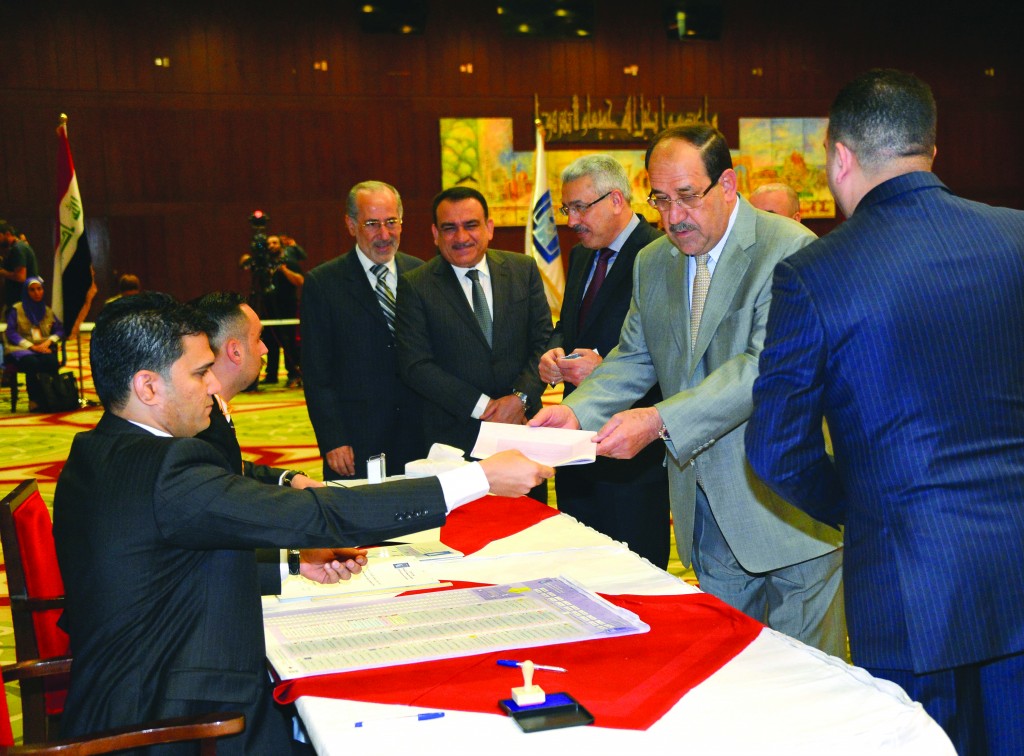 Iraq voted Wednesday in its first nationwide election since U.S. troops withdrew in 2011, with Prime Minister Nouri al-Maliki confident of victory and even offering an olive branch to his critics by inviting them to join him in a governing coalition.

But his optimism will do little to conceal the turmoil and violence that still stalk Iraq in the eight years he has held office, with the looming threat of the country sliding deeper into sectarian bloodshed and risking a breakup.

“Our victory is certain, but we are talking about how big is that certain success,” he said after voting in Baghdad.

“Here we are today, successfully holding the … election while no foreign troops exist on Iraqi soil. I call upon all the other groups to leave the past behind and start a new phase of good brotherly relations,” said al-Maliki, who faces growing criticism over government corruption and persistent bloodshed as sectarian tensions threaten to push Iraq back toward the brink of civil war.

The election was held amid a massive security operation, with hundreds of thousands of troops and police deployed across the country to protect polling centers and voters. The streets of Baghdad, a city of 7 million, looked deserted. Police and soldiers manned checkpoints roughly 500 meters (yards) apart and pickup trucks mounted with machine guns roamed the streets that were otherwise devoid of the usual traffic jams.