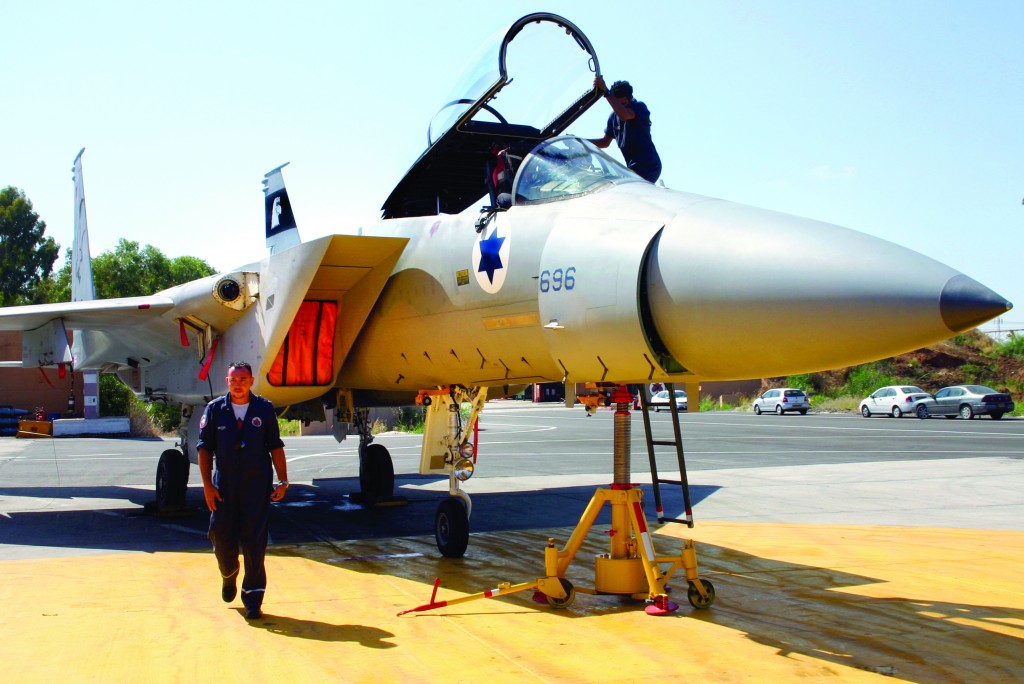 The targets under observation could be attacked at any time after being photographed and analyzed.

“At times, the jets’ mission ends with the powerful noise of bombs, as the ground beneath them burns and, at other times, their mission is accomplished with the sound of a lone click, and the planes disappear as quickly as they appeared,” a report on the IAF’s official website said.

There are two types of aerial photography: Vertical and horizontal, Capt. M., a former photography officer who served in the squadron, explained. The former is a more conventional type, images obtained when the plane is flying directly over the area under observation; while horizontal photos, which have actually become far more common, can be taken from a distance.

“Today, because of threats [to aircraft], and [new] technologies that have entered the air force, we mainly use horizontal photography,” Capt. M. said.