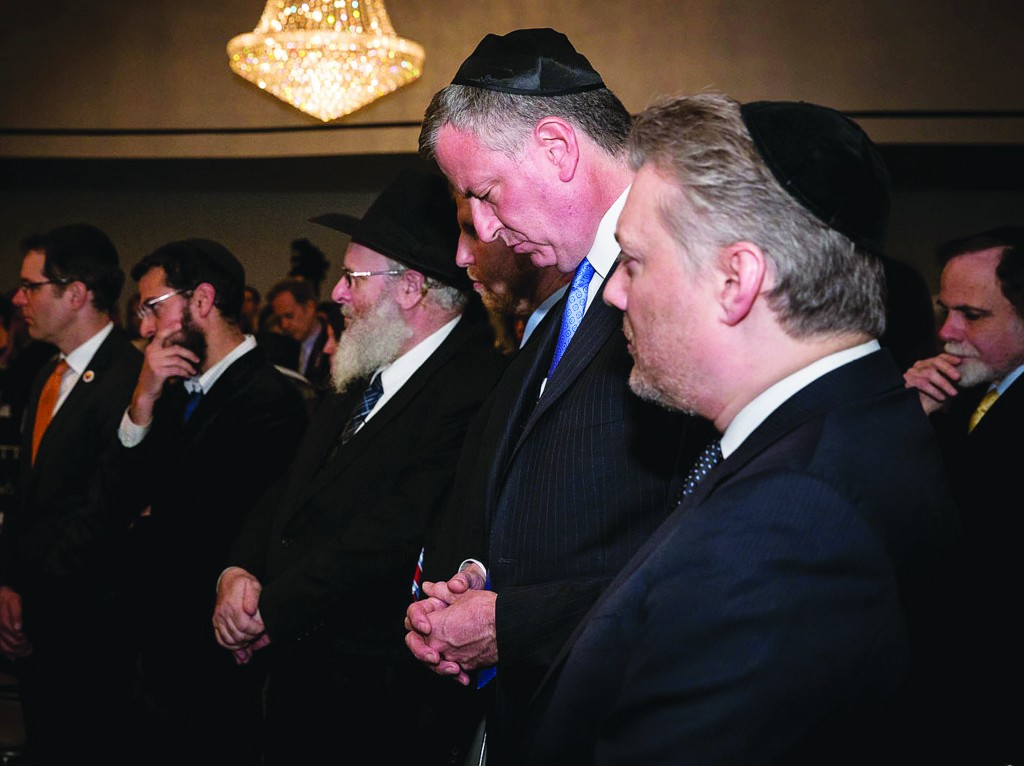 Gov. Andrew Cuomo pronounced this week a period to remember the Holocaust, and Mayor Bill de Blasio attended a memorial in a Manhattan shul in the congressionally mandated secular Yom HaShoah Monday.

“Throughout New York State,” Cuomo said in a proclamation issued Tuesday, “communities are sponsoring annual commemorations of Yom Hashoah in tribute to those who experienced unimaginable torture and anguish during this dark chapter in world history, and we respectfully honor the legacy of millions of Holocaust victims and survivors.”

Cuomo declared this entire week an official “Days of Remberance Week” in the state.

On Monday evening, de Blasio attended a commemorative event with the West Side COJO at the Lincoln Square Synagogue.

“It bears repeating,” the mayor said, “that as the world watched, not only in the early 1940s or the late 1930s when things had gotten so evidently out of hand and when the pathway to the Holocaust was becoming more and more clear, but you could see the seeds of it in the 1920s and the 1930s, you could see the tragic momentum starting to build. … So none of us should become too comfortable with the notion of what can’t happen in our time or what can’t happen in our kind of country.”