Regional In NYC, a $185M Tunnel That Leads Nowhere, for Now
Regional 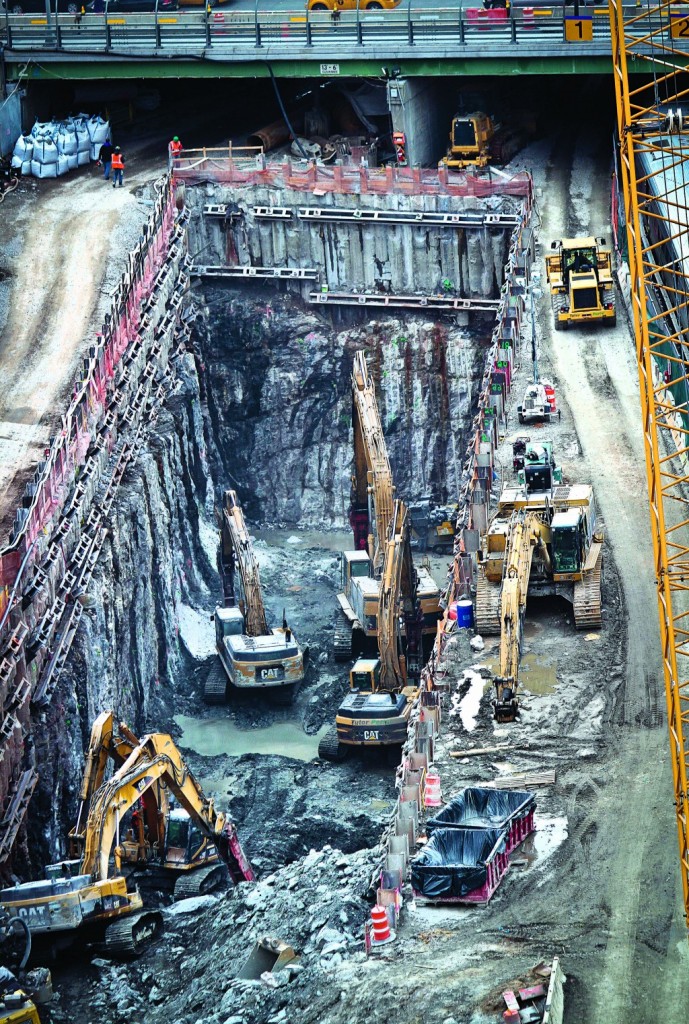 Taking shape on Manhattan’s West Side is a $185 million, federally funded tunnel that leads to nowhere, for now.

The 800-foot-long, 35-foot-deep concrete trench could someday lead to two new commuter rail tunnels under the Hudson River to New Jersey, if the billions needed to build them ever materialize.

The access tunnel is being built now because the massive Hudson Yards development with six skyscrapers, the tallest being 80 stories, will soon be built on top of it. Trying to dig such a huge trench through the bedrock after those buildings are completed, officials say, would be an engineering and financial nightmare.

Sen. Charles Schumer (D-N.Y.) was among the lawmakers who pushed Congress to approve Superstorm Sandy relief money for the planned flood-resistant access tunnel, calling it mitigation to protect infrastructure from future storms. But he argued it would have to be built now because the skyscraper developers could not be delayed indefinitely.

“We asked them to delay months, but if we asked them to delay years, they may have said no,” said Schumer, referring to The Related Cos., the main Hudson Yards developers. “Sandy relief funding was there, available, the criteria fit, and the money was getting through quickly and fit the timetable.”

The access tunnel is expected to be completed in fall 2015.

Currently, there are two tunnels, opened in 1910, between New York’s Penn Station and Newark, N.J., and they are unable to accommodate any more trains. They also flooded during Sandy in 2012.

The rail debacle once had a solution: a new tunnel called ARC, or Access to the Region’s Core. But in 2010, citing overrun costs, New Jersey Gov. Chris Christie killed the $8.7 billion project.