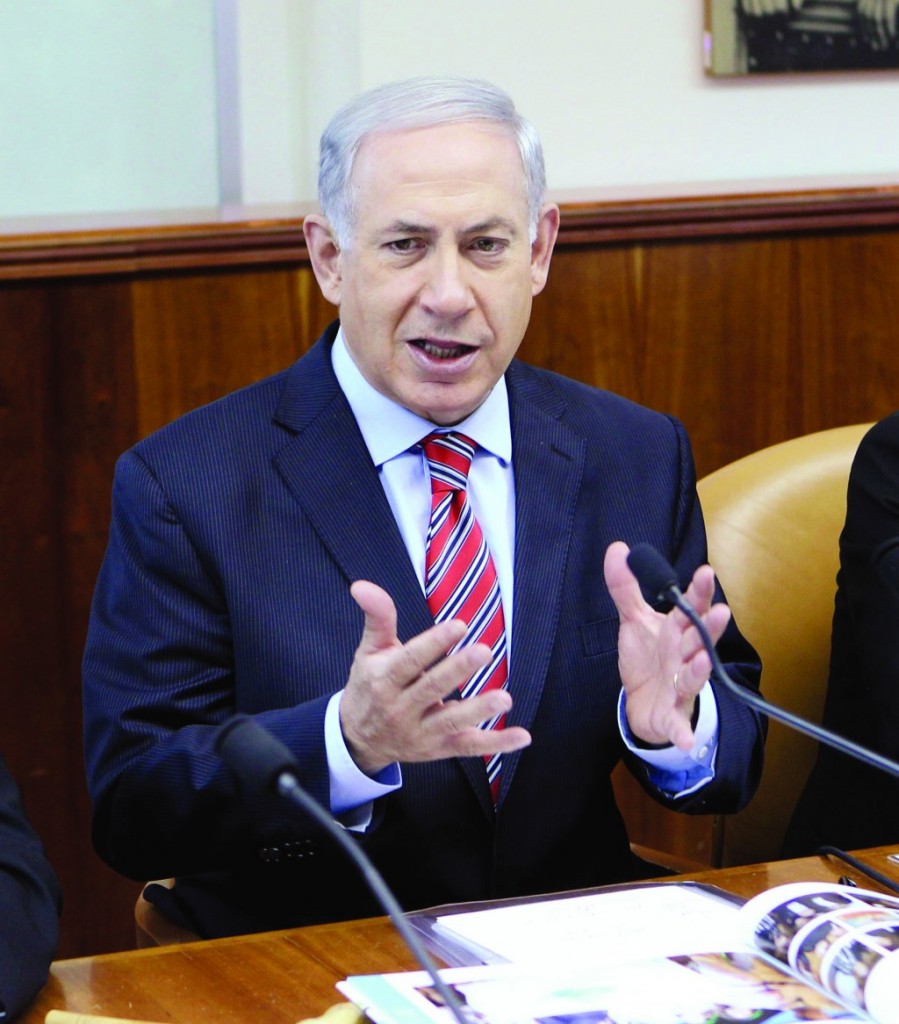 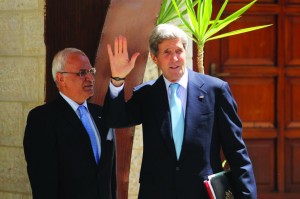 Prime Minister Binyamin Netanyahu described the Palestinian move as a repudiation of the path to a peaceful settlement.

Netanyahu said that Hamas has fired more than 10,000 missiles and rockets on Israel, and has never let up on its terrorist campaign “for a minute.”

According to a statement issued by the Prime Minister’s
Office, the cabinet also decided to take unspecified steps against unilateral moves by the Palestinians.

did not leave Israel with too many options. It was clear that the Israeli government could not ignore the ringing slap in the face that Abu Mazen delivered. While in the middle of negotiations, he
Asked to clarify whether this meant the talks were now frozen or would be called off only after a unity government was formed, a senior Israeli official told Reuters: “They are currently suspended.”

Earlier on Thursday, the U.S. said it would have to reconsider its financial assistance to the Palestinians if Hamas and the Palestinian Liberation Organization form a government together, a senior U.S. administration official said.

“Any Palestinian government must unambiguously and explicitly commit to non-violence, recognition of the state of Israel, and acceptance of previous agreements and obligations between the parties,” the U.S. official said, all conditions Hamas has long rejected.

The Palestinians responded to Israel’s announcement with a declaration by chief negotiator Saeb Erekat that they will consider “all options.”

The Palestinians are also claiming that the reconciliation agreement with Hamas will be consistent with continuance of peace talks.

“The reconciliation that we achieved will be implemented according to the program of Palestinian President Mahmoud Abbas which recognizes the State of Israel,” senior Fatah official Jibril Rajoub said Thursday on Israeli radio.

“We wouldn’t have been prepared — or able — to sign a reconciliation agreement without it being clear to all the Palestinian factions that we are leading our nation to a two-states-for-two-nations solution,” Rajoub added.

State Department spokeswoman Jen Psaki conceded on Wednesday, however, that she did not see how Israel could be expected to negotiate peace with an organization aligned with those pledged to its destruction.

Yet, the precise significance of Palestinian unity at this stage was not immediately clear, even to the Palestinians themselves.

“There’s no need for the Americans to get ahead of themselves over this. What happened in Gaza in the last two days is just a first step …” he said. “But this step shouldn’t be exaggerated, that an agreement for reconciliation has been completely reached … We need to watch the behavior of Hamas on many details during the coming days and weeks on forming a government and other things.”

A Foreign Ministry report on the Palestinians’ rapprochement quoted in Haaretz confirmed the ambiguous and tentative nature of the process.

“This is a very general framework agreement, deliberately vague and far from implementation,” the Foreign Ministry wrote in its analysis. “The understandings between Fatah and Hamas were formalized against the background of a certain meeting of interests in light of the weakness and difficulties of both sides … The agreement is reminiscent of previous understandings between the sides which weren’t realized. Despite the shared interests and the optimism, there still exists an atmosphere of suspicion and distrust between Fatah and Hamas. The sides are far from bridging the divide.”

The ministry document further asserted that Abbas is hopeful the reconciliation with Hamas will “provide leverage over Israel to renew the negotiations on his own terms” and will challenge the Hamas policy vis-à-vis the peace process. On the other hand, Hamas hopes the agreement will soften Egypt’s negative stance toward them, ensure its integration into PLO institutions, and give it more leeway.

“In reality, many details are yet to be agreed upon and Abbas has five weeks to decide between the alternatives … Abbas still retains room to maneuver and can either advance or stall the reconciliation according to his needs,” the document reads. “Implementing the understandings depends on the progress in the negotiations with Israel and on the international response, first and foremost on the U.S. and Israeli responses.”

That lack of finality helps to explain the cautious reaction from Washington.

“We are following reports of Palestinian reconciliation efforts,” the U.S. official who spoke on Thursday said.

But as far as the Israelis are concerned, Abbas has already gone too far, demonstrating his contempt for the peace process.

The cabinet decision came at the end of a six-hour emergency meeting in Tel Aviv, capping days of intense discussion following the recent Palestinian request for membership in various U.N. treaty conventions, a violation of previous commitments to avoid unilateral actions during the talks.

But as bleak as the picture now looks, the U.S. still hasn’t given up on Mideast peace negotiations.

Jen Psaki refused Thursday to declare the negotiations over and said the U.S. is “still making the effort.”

“There is always a way forward,” Kerry told reporters in brief remarks at the State Department.