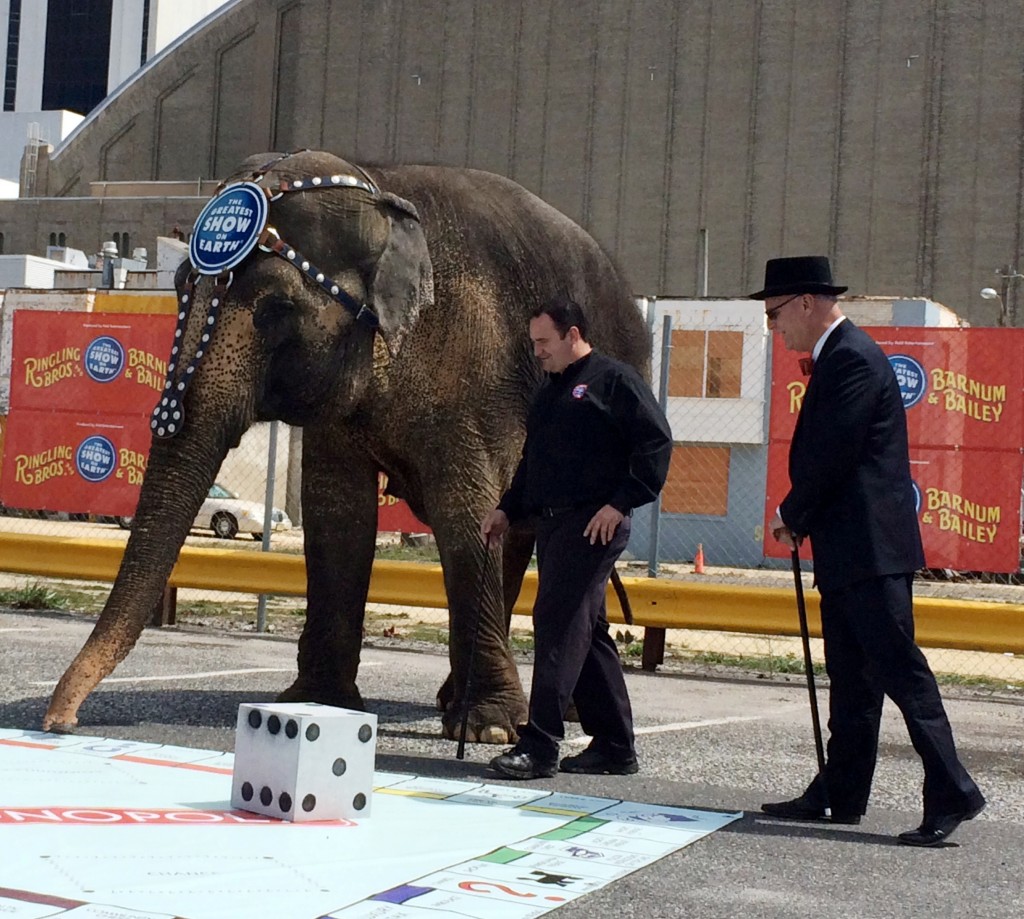 No one puts Atlantic City’s mayor in the corner when it comes to playing Monopoly. Not even a circus elephant.

Mayor Don Guardian beat Duchess in an abbreviated game Wednesday to promote the return of Ringling Bros. to Boardwalk Hall. Guardian even dressed the part of Mr. Monopoly with hat and cane. The board game features Atlantic City street names.

Duchess threw her game piece on the ground after losing. But the mayor offered her bread baked specially for her. He said he wanted to take the bread home, but was convinced otherwise by the size of his opponent.