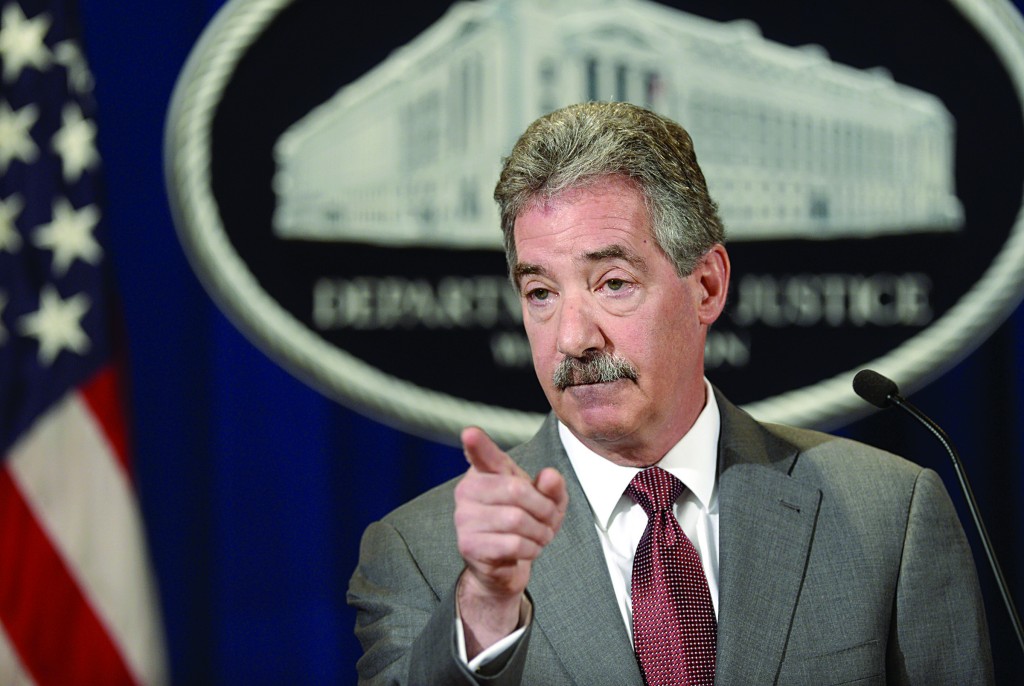 The Obama administration is encouraging many nonviolent federal prisoners to apply for early release — and expecting thousands to take up the offer. It’s an effort to deal with high costs and overcrowding in prisons, and also a matter of fairness, the government says.

On Wednesday, the Justice Department unveiled a revamped clemency process directed primarily at low-level felons imprisoned for at least 10 years who have clean records while in custody. The effort is part of a broader administration push to scale back harsh penalties in some drug-related prosecutions and to address sentencing disparities arising from the 1980s crack cocaine epidemic that yielded disproportionately tough punishment for black drug offenders.

Though the clemency criteria apply solely to federal inmates, states, too are grappling with severe prison overcrowding. In Nebraska, for example, prisons were at 156 percent of capacity at the end of February. And in California, courts have ordered the state to reduce the inmate population to 137.5 percent of designed capacity, or 112,164 inmates in the 34 facilities, by February 2016.

The White House, sometimes criticized as too stingy with its clemency power, says it’s seeking more candidates for leniency in the overcrowded federal prison system.

The system’s population has rocketed in recent decades, and officials have warned that rising, multibillion-dollar costs threaten their work in other areas. Of the roughly 216,000 inmates in federal custody, nearly half are imprisoned for drug-related crimes.

“These defendants were properly held accountable for their criminal conduct. However, some of them, simply because of the operation of sentencing laws on the books at the time, received substantial sentences that are disproportionate to what they would receive today,” said Deputy Attorney General James Cole, who in January asked defense lawyers to help eligible prisoners prepare petitions for clemency.

“Even the sentencing judges in many of these cases expressed regret at the time at having to impose such harsh sentences,” he said.

Officials say they don’t know how many of the tens of thousands of drug-related convicts would be eligible for early release, but they say an ideal candidate would meet six criteria — including no history of violence, no ties to criminal organizations or gangs and a clean prison record. He must also have already served 10 years or more of his sentence and have received a harsher sentence than if convicted of the same crime today.

The Justice Department expects the vast majority of applicants to be drug prisoners but didn’t foreclose the possibility that inmates convicted of other crimes — financial fraud, for example — could be considered.

“It’s really a coming together of decades of excessive sentencing, particularly in drug cases, combined with attention to the underused power of commutation,” said Marc Mauer, executive director of the Sentencing Project, an organization that works on sentencing policies.

The action is the latest in a series of changes the administration has sought for the criminal justice system, particularly within the past year.

The Obama administration has said it is working to correct the legacy of an old sentencing structure that subjected offenders to long prison terms for different types of drug convictions which discriminated against black offenders.

The Fair Sentencing Act of 2010 reduced that disparity and eliminated a five-year mandatory minimum for first-time possession of certain drugs, but the law did not extend to offenders who had been sentenced before the law was approved. Officials are now turning their attention to identifying inmates who received sentences under the old sentencing guidelines.

In December President Barack Obama, who granted only one commutation in his first term, cut short the sentences of eight prisoners — including six serving life sentences — who he said had been locked up too long for drug crimes.

The administration says it’s impossible to know exactly how many new applicants will be eligible. Maurer, of the Sentencing Project, said he didn’t expect a huge number of inmates to qualify for clemency given the narrowness of the criteria, but he said the effort was significant nonetheless.

“It seems the Justice Department is doing what it can to help stem the tide of people going to prison in record numbers for absurd lengths of time,” said Julie Stewart, president of Families Against Mandatory Minimums. “It really is up to Congress to take the next step and change the number of mandatory sentencing laws.