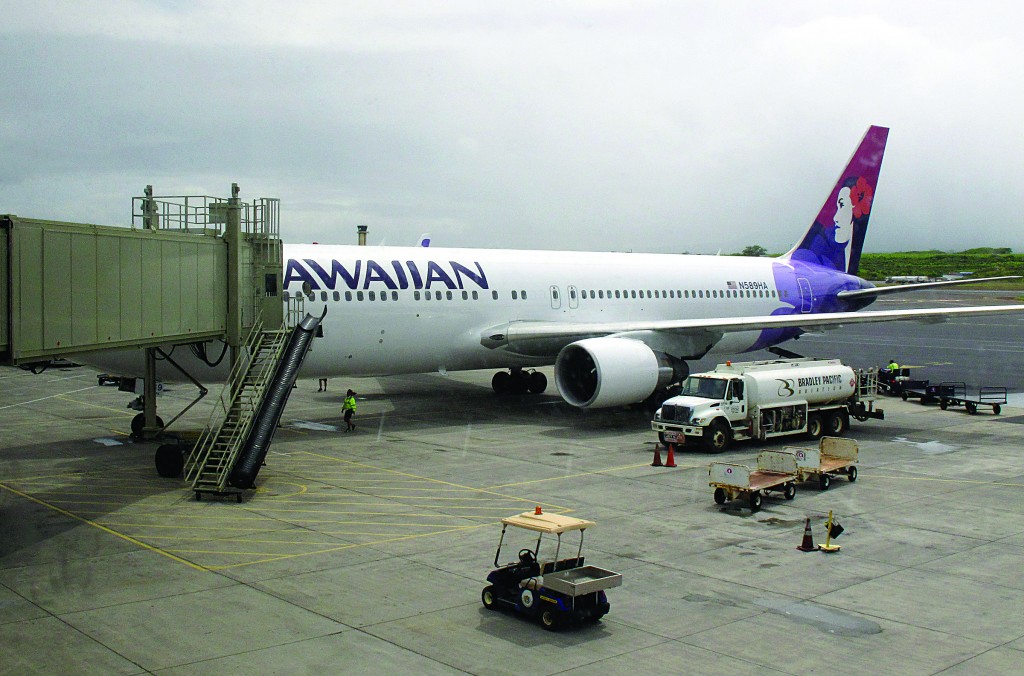 A teenage stowaway who survived a flight to Hawaii in the wheel well of a passenger plane told investigators he spent the night sleeping in the jet’s cramped compartment at a California airport before the flight took off, an FBI official said.

The 15-year-old boy from the Northern California city of Santa Clara, whose name has not been released, is one of a fraction of stowaways to survive such a treacherous trip.

His journey has raised concerns about airport security.

The boy told investigators in Maui that he sneaked into the San Jose International Airport overnight and chose a Hawaiian Airlines Boeing 767 at random, climbing into its rear left wheel well and falling asleep, said FBI Special Agent Tom Simon.

It was unclear how long the teen spent in the plane before take-off, but Simon said it was “enough for him to get a decent night’s sleep.”

Citing law enforcement officials, CNN reported that the boy was trying to travel to Somalia to see his mother. A local CBS-affiliate reported that he was living with his father in Santa Clara, but his mother lives in the Horn of Africa nation.

The Hawaiian Airlines flight took off at 7:55 a.m. Pacific Time and landed in Maui just over 5 and a half hours later, said airline spokeswoman Alison Croyle. San Jose airport spokeswoman Rosemary Barnes could not say how long the teen might have spent at the facility.

No surveillance footage exists of the boy climbing over a security fence at the airport, although footage does show an unidentified person approaching the Hawaiian Airlines plane in the dark, Barnes said.

The Transportation Security Administration has deemed the video sensitive security information and prohibited airport officials from releasing it, Barnes said. A TSA spokesman confirmed that but gave no further details.

The boy’s survival is unusual. Since 1947, 105 people worldwide have been found to have stowed away on flights and 80 of them died, according to the Federal Aviation Administration.

The Hawaiian Airlines flight reached an altitude of 38,000 feet (11,582 meters) with temperatures as low as minus 80 degrees Fahrenheit (62 degrees Celsius below zero), causing the boy to pass out quickly, the FBI has said.

Medical experts have said the cold reduced his need for oxygen.

The boy remained in a Hawaii hospital on Wednesday under protective custody of child welfare authorities, Kayla Rosenfeld, a spokeswoman for the Hawaii Department of Human Services, said in an email. She did not release any details on his condition.