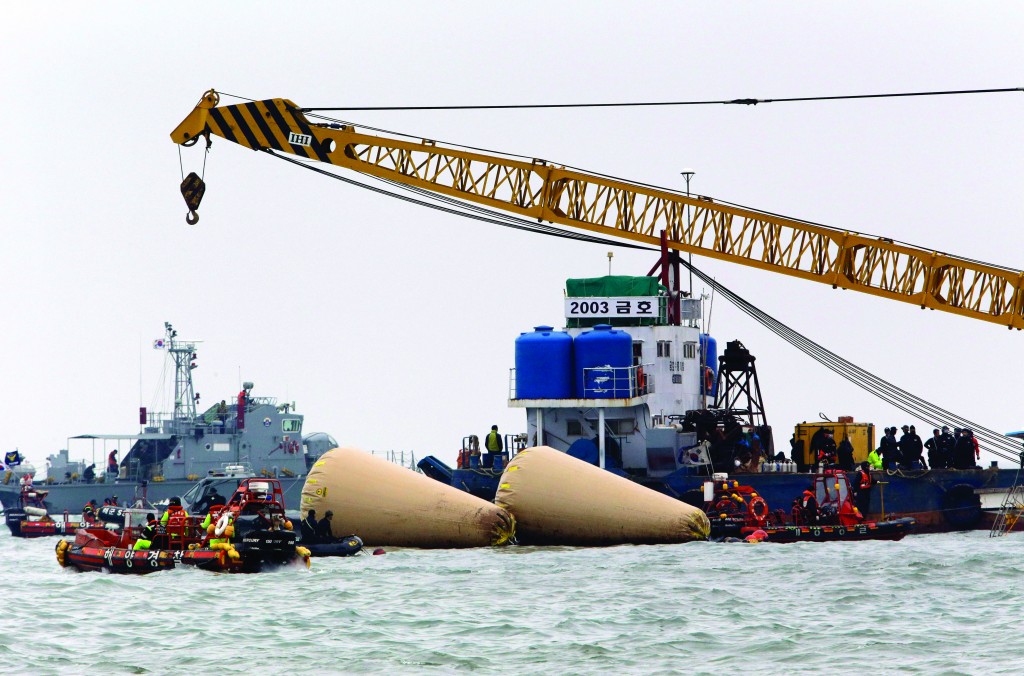 The confirmed death toll from the South Korean ferry disaster rose to 135, but there were many more bodies left to be retrieved as divers swam through tight, dark rooms and passageways to search for nearly 170 people still missing.

The victims are overwhelmingly students of a single high school in Ansan, near Seoul. More than three-quarters of the 323 students are dead or missing, while nearly two-thirds of the other 153 people on board the ferry Sewol when it sank one week ago survived.

As descriptions of the newly recovered bodies were read over a loudspeaker, relatives rushed over to the main notice board and peered at the details that were being added by an official.

Some relatives cried out and ran from the tent. Others stood red-eyed and shocked.

The number of bodies recovered has risen sharply since the weekend, when divers battling strong currents and low visibility were finally able to enter the submerged vessel.

Twenty-two of the 29 members of the ferry’s crew survived, and nine have been arrested or detained in connection with the investigation.

The four crew members arrested Tuesday talked to reporters after a court hearing, their faces hidden with caps, hooded sweatshirts and masks.