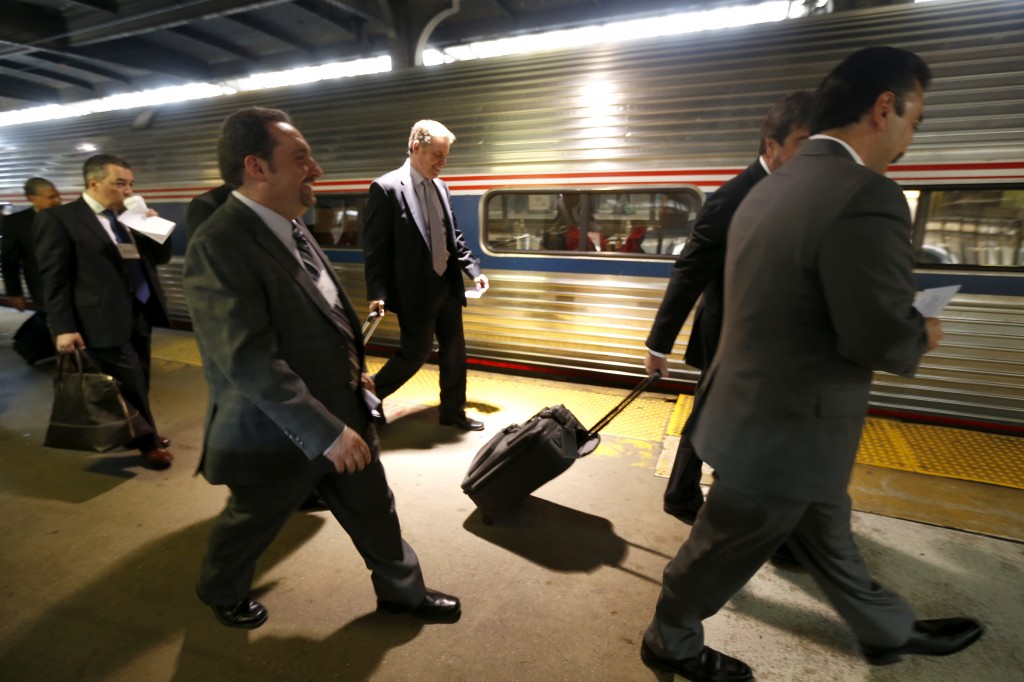 Christie addressed 900 lobbyists, lawmakers and businessmen during the New Jersey Chamber of Commerce’s annual trek to the nation’s capital. In a 35-minute address that sounded a lot like a stump speech by the possible 2016 presidential candidate, he touted some fiscal accomplishments of his first term, such as lowering the rate of property tax increases and providing tax breaks to attract and keep businesses.

But, with New Jersey among the most indebted states and Wall Street rating agencies expressing concerns about its economic outlook, Christie acknowledged that more needs to be done.

The occasion for the trip is the annual Walk to Washington, which was rescheduled to Tuesday because of a snowstorm in February.

The event, which attracted more than 900 people this year, is dubbed the “walk to Washington” because most people walk the aisles of the train as it heads to the nation’s capital.