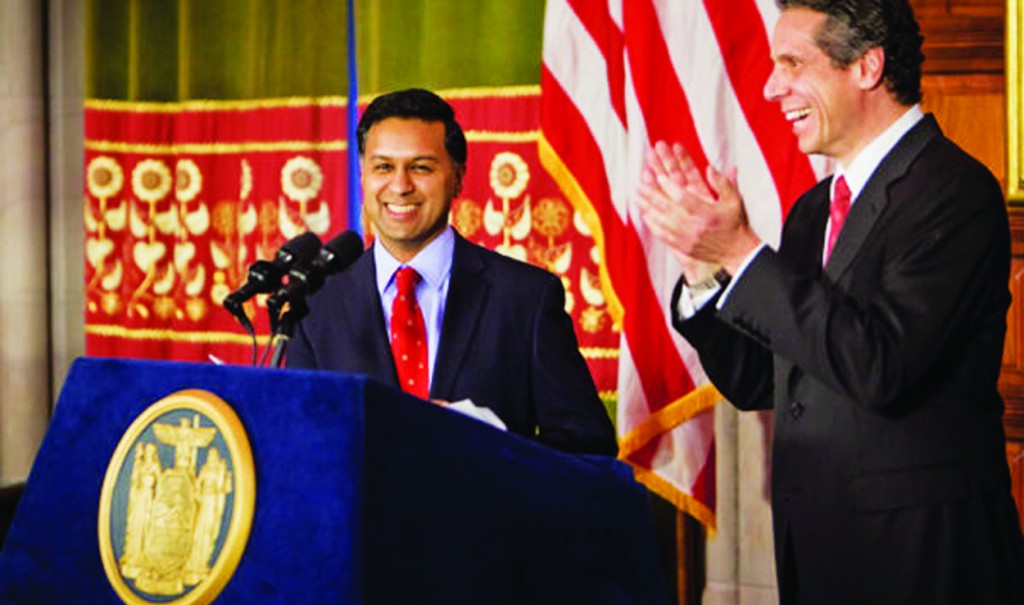 During Shah’s tenure as state health commissioner, he became a lightning rod for critics of hydraulic fracturing for natural gas because of the Cuomo administration’s plan for an extended review of the technology. The health department also established a state health insurance exchange under the federal Affordable Care Act.

Department spokesman Bill Schwarz said the move has been in the works for weeks.

Shah’s interim replacement will be Dr. Howard Zucker, the department’s first deputy commissioner since last September. He was a clinical professor of anesthesiology at Albert Einstein College of Medicine of Yeshiva University and a pediatric cardiac anesthesiologist at Montefiore Medical Center in the Bronx.

Republican candidate for governor Rob Astorino earlier Wednesday called for Shah to resign, citing a news report about delays inspecting women’s clinics and delays in the department’s study on the health impact of deep drilling for natural gas by hydraulic fracturing, which is prohibited with the study pending.