Regional One of NYs Finest Felled Saving Others
Regional 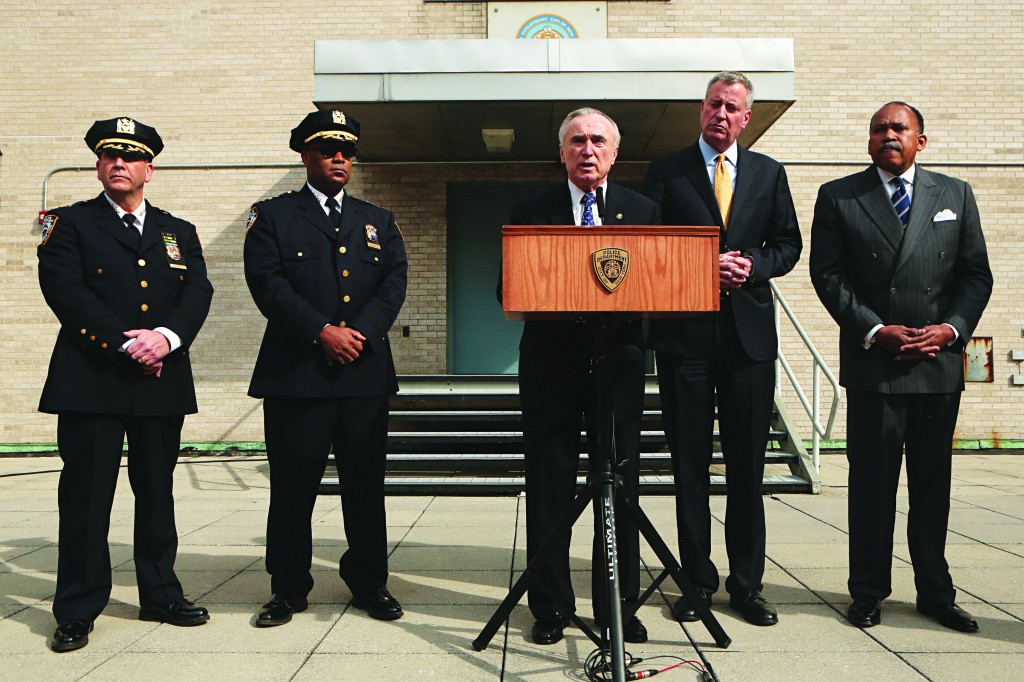 A police officer who was critically injured last weekend while responding to a mattress fire in a Coney Island apartment building succumbed to his injuries Wednesday, Police Commissioner William J. Bratton said, noting that the father of four “died trying to save others.”

Dennis Guerra, 38, who had more than seven years with the New York Police Department and was the son of a police detective, was pronounced dead at a hospital in the Bronx. His partner, Rosa Rodriguez, who also responded to the fire Sunday, remains hospitalized in critical but stable condition, Bratton said.

As tearful members of Rodriguez’s family looked on, Bratton addressed hundreds of uniformed and plain-clothed officers in the plaza of police headquarters Wednesday afternoon. He said Guerra’s death should remind everyone how quickly a routine call can become deadly for an officer.

“Police Officer Guerra gave his life trying to save others,” he said. “And that is the ultimate selfless act.”

After an officer played Taps on a trumpet, an American, a New York City and a Police Department flag were lowered and a police helicopter flew overhead. Officers from Guerra’s public housing police unit hugged each another and locked arms.

Police have arrested a 16-year-old boy they allege started the fire out of boredom. Marcell Dockery was arraigned Monday on charges of assault, arson and reckless endangerment and held without bail.

Mayor Bill de Blasio, speaking at an unrelated event Wednesday morning, led a moment of silence for the fallen officer.

Guerra and Rodriguez, responding to a 911 call of a suspicious fire in the hallway, took an elevator up to the 13th floor of the building when they were immediately exposed to a wave of smoke, suffering carbon monoxide poisoning and smoke inhalation, Bratton said.

Firefighters found the officers in the pitch black and pulled both back into the elevator and brought them downstairs where they were treated by EMS personnel.

Patrick J. Lynch, president of the Patrolmen’s Benevolent Association, said outside police headquarters that Dockery should be charged with murder.

“A kid like that, who is bored, needs to realize every action there’s a reaction and that reaction sometimes is life or death,” he said. “In this case, it was death. … It’s not a free ride, he should pay. He murdered a New York City police officer and we won’t forget that.”

Guerra’s death was the first of an NYPD officer in the line of duty since 2011.