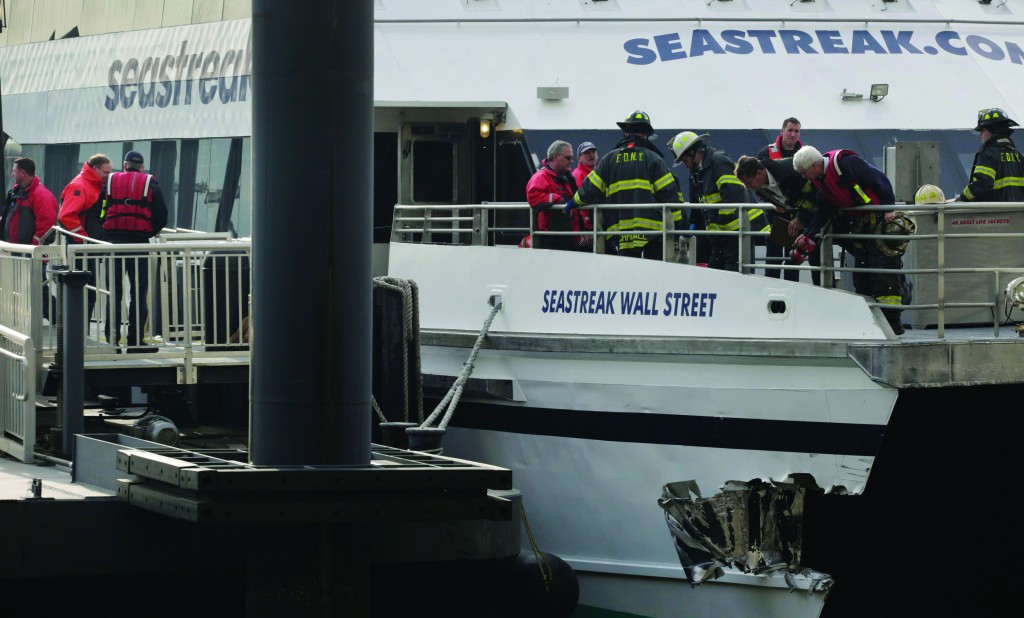 The veteran mariner scrambled to regain control of the 131-foot vessel, but had little time and no visual or audio cues to quickly alert him to his error, investigators said, discussing the findings at a safety board hearing in Washington, D.C.

Reimer switched to the system after sensing a vibration in a propeller just north of the Verrazano-Narrows Bridge, about halfway through the commuter ferry’s midmorning run from Atlantic Highlands, N.J. to Manhattan.

In backup mode, the propellers remain angled forward, causing the ferry to increase forward speed instead of slowing down, investigators said.

The switch should have been temporary, but Reimer left the ferry on the backup system for the rest of the voyage and it slammed into a dock, sending passengers into walls and knocking them to the floor. One person sustained a severe head injury falling down a stairwell.

“We know that some people’s lives were changed forever by this accident,” the board’s outgoing chairwoman, Deborah A.P. Hersman, said.

“Passengers boarded that morning expecting to arrive safely in Manhattan, many of them to make their daily living. Instead, some have injuries so serious they are lucky to be alive today,” Hersman said.