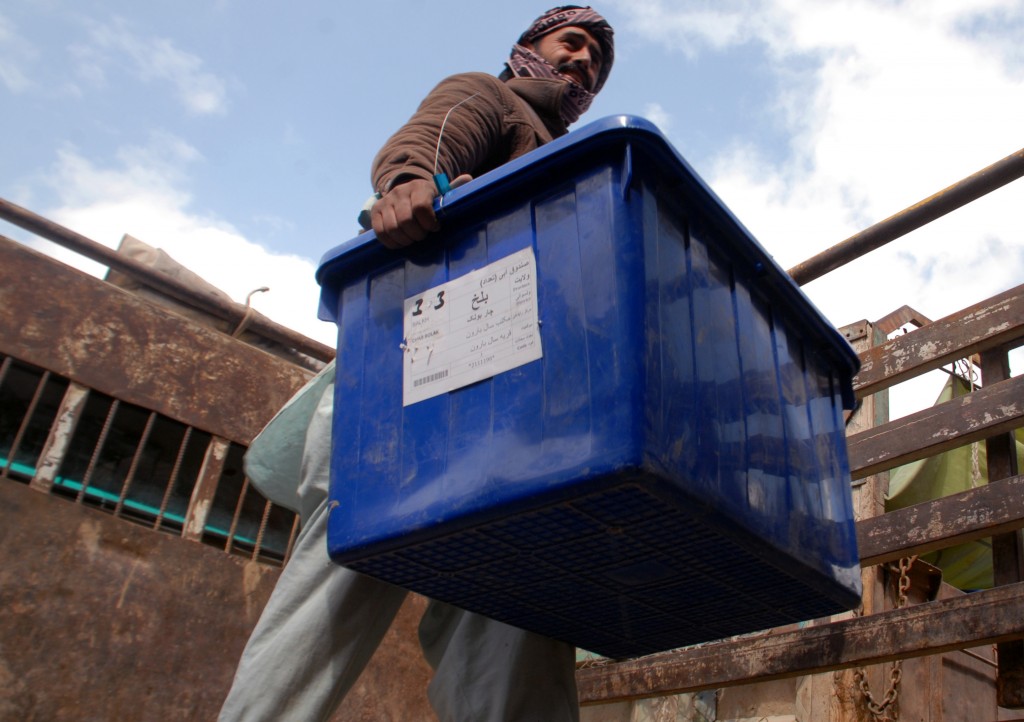 A bigger-than-expected turnout in Afghanistan’s presidential election and the Taliban’s failure to significantly disrupt the vote have raised questions about the capacity of the insurgents to tip the country back into chaos as foreign troops head home.

The Taliban claimed that they staged more than 1,000 attacks and killed dozens during Saturday’s election, which they have branded a U.S.-backed deception of the Afghan people, though security officials said it was a gross exaggeration.

There were dozens of minor roadside bombs, and attacks on polling stations, police and voters during the day. But the overall level of violence was much lower than the Taliban had threatened to unleash on the country.

And, despite the dangers they faced at polling stations, nearly 60 percent of the 12 million people eligible to vote turned out, a measure of the determination for a say in their country’s first-ever democratic transfer of power, as President Hamid Karzai prepares to stand down after 12 years in power.

“This is how people vote to say ‘death to the Taliban’,” said one Afghan on Twitter, posting a photograph that showed his friends holding up one finger stained with ink to show they had voted, in a gesture of defiance.

There was a palpable sense in Kabul, the capital, on Sunday that perhaps greater stability is within reach after 13 years of strife since the ouster of the Taliban’s hardline Islamist regime in late 2001. The insurgency has claimed the lives of at least 16,000 Afghans civilians and thousands more security forces.

Too Soon to Write Off Taliban

It may be too early, however, to conclude from the Taliban’s failure to trip up the election that it is now weakening.

More than 350,000 security forces were deployed for the vote, and rings of checkpoints and roadblocks around the capital, Kabul, may well have thwarted Taliban plans to hit voters and polling stations.

It is possible that the Taliban deliberately lay low to give the impression of improving security in order to hasten the exit of U.S. troops and gain more ground later. After all, they managed to launch a wave of spectacular attacks in the run-up to the vote.

Indeed, they remain a formidable force: estimates of the number of Taliban fighters, who are mostly based in lawless southern and eastern areas of the country, range up to 30,000.

Borhan Osman of the independent Afghan Analysts Network argues that for now the insurgency does not appear to be winning, though the Taliban might argue it has already exhausted the United States’ will to fight.

In a report published late last month, Osman wrote that support for the Taliban was fading in regions where they had previously counted on help from villagers, and they appeared to lack the strength to besiege major towns or engage in frontal battles.

“So far, they have rather focused efforts on hit-and-run attacks, among other asymmetric tactics, which can bleed the enemy but usually not enough to knock it down,” Osman said.

There could, though, be an opportunity for the Taliban to reassert itself if — as happened in 2009 — the election is marred by fraud and rigging, and Afghans feel cheated of a credible outcome.

Early reports would suggest that this election was far smoother than the last one. Still, there were many instances of ballot-stuffing and attempts to vote with fake cards on Saturday.

Around 14 percent of polling centers did not open, most of them in the south-east and southern provinces where the Taliban presence is strongest, as the army was unable to provide security due to the high risks of attack.

There is also a risk that if a final result is delayed for several months, a strong possibility if there has to be a run-off between the top two candidates, this would leave a political vacuum that the Taliban could exploit.

“An ambiguous electoral outcome breeds uncertainty and confusion, which can grow the gap between the government and its citizens and leave a bigger opening for the Taliban to cause trouble,” Dipali Mukhopadhyay, an Afghanistan expert at Columbia University in New York, said in an email comment to Reuters.

Threat From Across the Border

In 2003, the then-U.S. Secretary of Defense Donald Rumsfeld suggested that the war in Afghanistan was in a “clean-up phase.” It was soon clear, however, that the back of the insurgency was far from broken and the Taliban had bounced back.

Indeed, Taliban attacks were muted during Afghanistan’s first election in 2004, when Karzai obtained a mandate for a presidency he had held on an interim basis since 2002. By early 2005, U.S. generals were saying that the militants were on the run, only to regret their optimism a short while later as casualties mounted.

Karzai has repeatedly accused neighbor Pakistan of being behind Taliban attacks in Afghanistan and impeding efforts by his government to thrash out a peace deal with the insurgents.

Islamabad denies that it aids insurgents fighting Kabul and says it has its hands full battling the Pakistan Taliban. But it is widely believed that the shadowy intelligence arm of Pakistan’s military has long had a relationship with militant groups, including those active in Afghanistan.

Carlotta Gall, a journalist who reported from the region for many years, argued in a just-published book that the United States has been fighting the wrong enemy, and that it is in Pakistan that the training and funding of the Taliban and support of the al-Qaida network has occurred.

Underlining the threat from across the border, military chiefs and security officials in the region told Reuters last month that the Taliban from both countries had secretly agreed to focus on carrying out operations in Afghanistan.