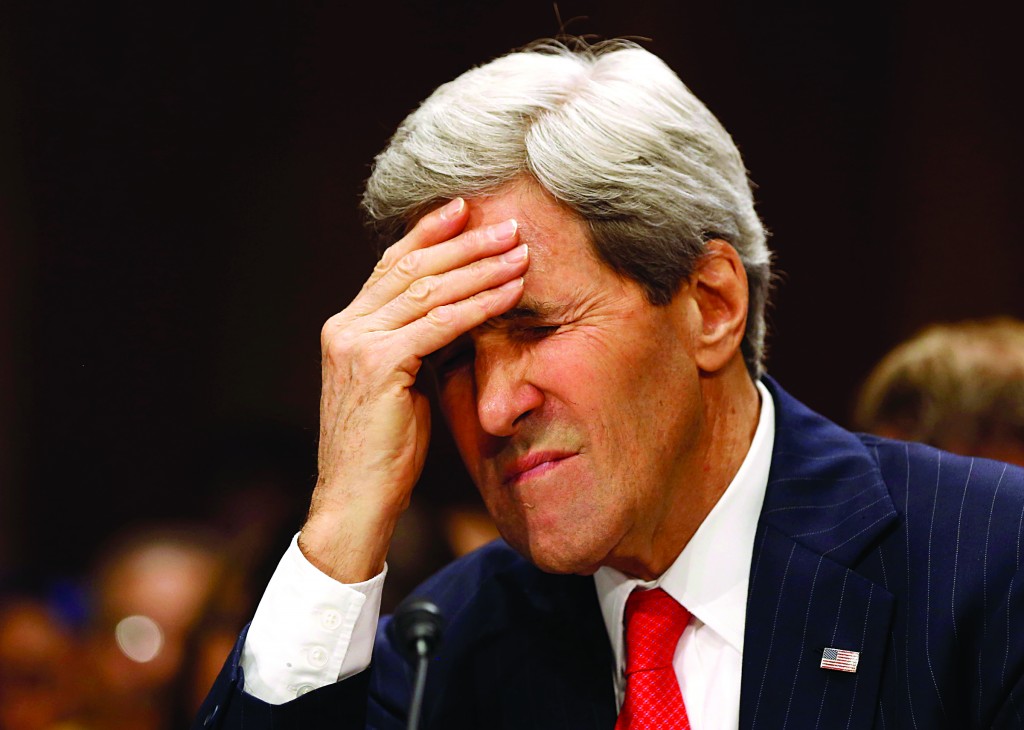 Secretary of State John Kerry has dashed expectations of U.S. support in the near term for a key demand of Israeli Prime Minister Binyamin Netanyahu — Palestinian recognition of Israel as a Jewish state.

Kerry told a Senate panel on Tuesday that the Palestinian Authority should do so, but “it’s not going to happen” at this stage of the negotiations, The Jerusalem Post reported.

“The government of the United States and the president supports the notion of Israel being defined as a Jewish state,” Kerry told the Senate Foreign Relations Committee. “We believe that that should happen. But when it happens, and how it happens, has to be part of the negotiations. It’s not going to happen in the beginning.”

When questioned by the senators about the current crisis in the peace talks, Kerry mostly blamed Israel.

He said that the crisis — perhaps caused by an “inadvertent” spiral of events — was in part caused by a series of decisions made by the Israeli government related to the release of the final tranche of Palestinian prisoners.

Acknowledging the release was a “painful, difficult” and “enormously hard” decision for Netanyahu to make, he said that in the hours after the deadline for the prisoner release had passed, Israeli officials were coming close to an agreement on how to proceed with the release and salvage the talks.

“And then 700 settlement units were announced in Yerushalayim and, ‘puff.’ That was sort of the moment,” Kerry said.

Meanwhile, senior Israeli officials denied that Kerry blamed Israel. “Kerry’s words must be carefully examined. The Americans told us that nothing in Kerry’s comments meant to place the blame on one side or the other,” Haaretz reported.

White House Spokesman Jay Carney also tried to play down Kerry’s comments, stressing that the secretary made clear that both sides made it difficult to move forward.

Kerry, who has invested a huge amount of time and effort in promoting the talks, also responded to critics who doubt the wisdom of continuing the effort even now.

“I read about some who question why the secretary of state is engaged if the parties don’t want to do it,” Kerry said. “The parties do want to do it and are talking to each other to go over this hurdle.”

Republican Senator John McCain dismissed this as wishful thinking: “Israeli-Palestinian talks — even if you might drag them for a while — are finished.”

“It is interesting you declare it dead but Israelis and Palestinians want to continue,” Kerry responded.