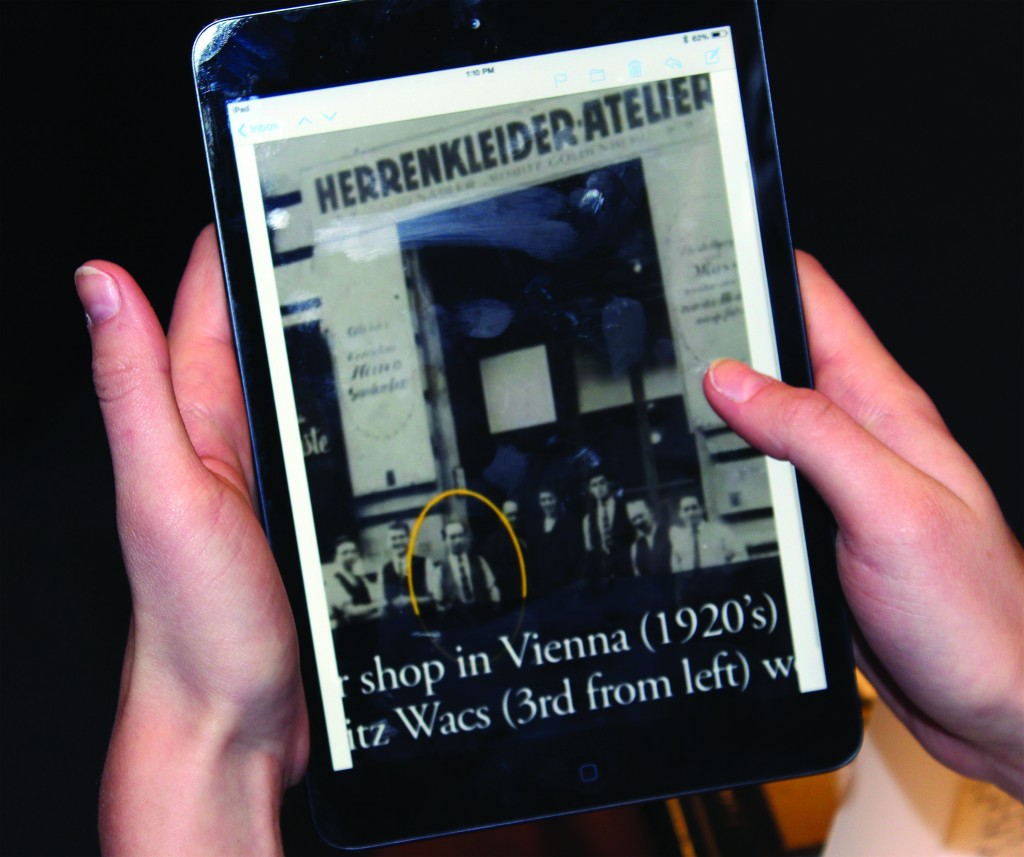 Students at a Connecticut university are working on a daunting assignment: Who was the suspected Nazi who protected a Jewish family 75 years ago from violence and warned them to flee Austria just before World War II broke out?

The University of New Haven students just have a first name and a few other clues but are scouring records from the 1930s, conducting interviews and may visit Austria to unravel the mystery on behalf of the elderly survivors who want to honor their savior.

“We are closing in. There’s still a lot of work to do. I feel confident as I did when we started this that we will identify this individual,” said David Schroeder, who teachers the special investigations class called Finding Alois. “I think the students during the course of this investigation are exposed to a level of understanding about World War II and the Holocaust and what happened to the peoples of Europe than they could ever be in any classroom.”

Ilie Wacs and his sister Deborah Strobin recount their family’s ordeal in their book, An Uncommon Journey. The man they knew only as Alois warned them days before Kristallnacht to take shelter in their apartment with relatives and they would be safe.

Wacs, an 86-year-old retired fashion designer who lives in New York City, said he heard the sound of boots walking up the stone steps and pausing in front of his family’s apartment for several minutes before the Nazis left.

“We were never bothered,” Wacs said, recalling the sounds of shop windows smashed and the screams as people were dragged from their homes.

Alois, who worked in their father’s tailor shop in Vienna, also helped the family get visa extensions to stay in Austria. He warned them to get out before Aug. 31, 1939, the day before Germany invaded Poland and World War II broke out.

“We probably would have wound up in a concentration camp,” Wacs said.

Wacs, who was 12 at the time, said he believes Alois was a member of the Nazi Party and perhaps a high-ranking one because of how he was able to help his family.

It’s unclear why Alois helped a Jewish family while apparently serving the Nazis. Wacs said it’s possible he was forced into the party as a young man.

Wacs said he was reluctant to delve into the matter for fear the man who saved them might have later committed atrocities. But he has decided he wants to know who he is so he can be honored with the title of “Righteous Gentile.”

“It’s hard for me to imagine that after saving us at great risk to himself he would commit atrocities,” Wacs said. “I wanted to remember him as one of the good guys.”

Dean Velodota is among the students who interviewed Wacs and is visiting the Holocaust Museum in Washington to look at visa records of Wacs’ mother, hoping the man’s name will be on them. The students are using social media and reaching out to students in Europe to see if they’ll help.