Regional Who Brought Squirrels to NYC? We Did
Regional 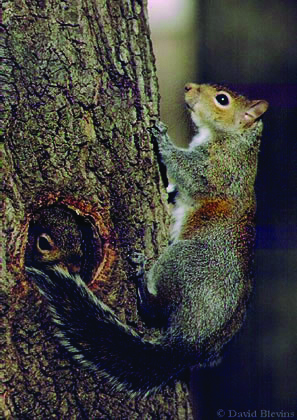 Benson is an assistant professor at the University of Pennsylvania. His recent article in the Journal of American History, “The Urbanization of the Eastern Gray Squirrel in the United States,” has electrified the squirrel world.

“I wanted to do a project that was a little closer to home,” he said. “Also, I think on a personal level I was wanting to write about a landscape I was familiar with.”

And if we want to explore human-animal interaction, where better to start than with an animal that most urban-dwelling humans think they know very well?

Benson scoured newspapers from the 19th and early 20th centuries and consulted other primary sources to tease out how squirrels came to be so common in U.S. cities. He was surprised by what he found.

“The basic misconception is the assumption that [squirrels] were always there in the city, or they came into cities of their own accord, when in fact they’re there because we wanted them there in the first place,” he said. “What really surprised me was the story of intentional introduction.”

Twice in the 19th century — in the 1850s and then again 30 years later — city leaders in places such as Boston, Philadelphia and New York released squirrels in the hope the animals would thrive. They even installed nest boxes and fed them regularly.

Benson quotes an 1853 Philadelphia newspaper article describing how introducing squirrels and other animals would help turn public squares into “truly delightful resorts, affording the means of increasing enjoyment to the increasing multitudes that throng this metropolis.”

At the time, squirrels were so rare in urban environments that when a pet squirrel escaped from a home in New York City in 1856 and sought refuge in a tree, it drew hundreds of excited onlookers.

While the earlier introduction efforts failed — some cities culled the squirrels, concerned about their impact on birds and on potential tree damage — the second ones took. Landscape architects such as Frederick Law Olmsted transformed cities with their natural park designs. With green spaces, squirrels could get a pawhold.

More squirrels meant more opportunities for people to do something they love to do: project upon another creature peculiar human obsessions. Americans read all sorts of things into the behaviors and motivations of squirrels.

Because they adopt a supplicating posture when begging for food, squirrels were thought to encourage charitable impulses, Benson writes. In the case of young boys, feeding squirrels was encouraged, since it was seen as a way of rechanneling energy “from aggression and vandalism toward compassion and charity.”

“To me there are some pretty fundamental ethical questions that also get raised,” Benson said.” On the one hand, I think the people who were feeding squirrels and introducing squirrels and trying to prevent young boys from [harming] them had laudable goals.”

But on the other, Benson said, those goals are based on profound misunderstandings, chief among them that squirrels think of the compact we’ve entered into the same way we do, that they experience gratitude. It’s a quandary that scales up to other animals that have fractious relationships with humans, from wolves to whales.

“I care a lot about animal welfare issues,” Benson said. “To me, the issue is how do you deal fairly or ethically with a creature whose priorities are so different than yours? They’re not going to be your friend. You might establish some kind of relationship, but it’s not a human friendship.”