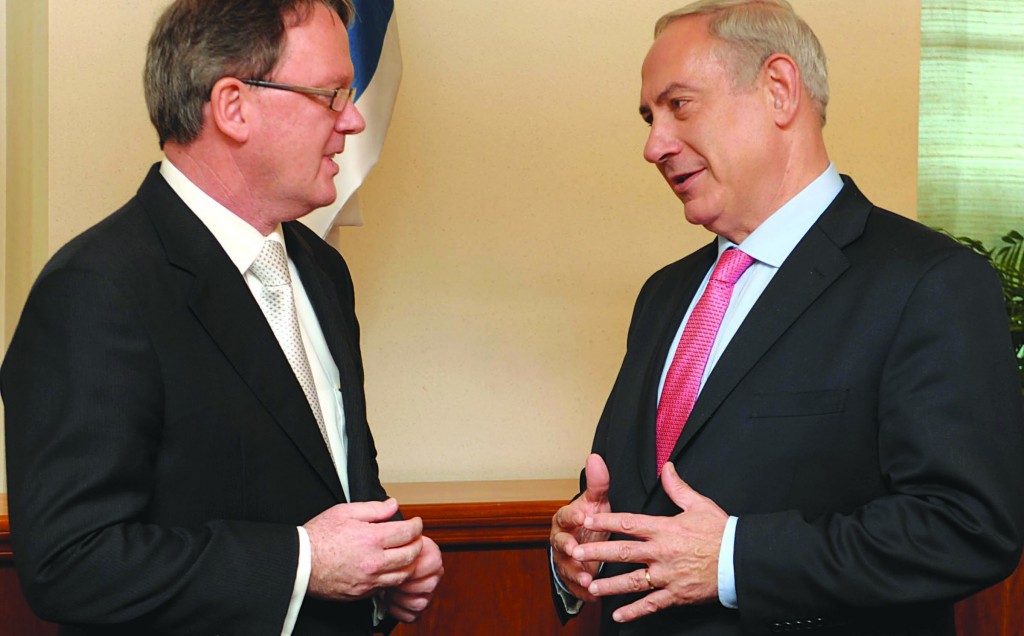 A week after negotiations broke off over a tax issue, executives from the Australian natural gas giant Woodside returned to Israel to meet with senior officials from Israel’s Tax Authority, according to Haaretz on Monday.

The Woodside executives met with tax officials on Sunday, and progress was reported in  their request for tax breaks should they buy 25% of the rights to Israel’s largest gas reserve, Leviathan.

A tax dispute between Israel and Australia’s Woodside threatens to delay gas production from the flagship Leviathan field, while the government is also forcing oil firms to spend more on pipelines than they expected.

Israel is preparing to become a supplier of liquefied natural gas (LNG) around the end of the decade, when Qatar, Australia, Russia and North America are also boosting their presence in the market. Timing will be important to securing market share.

By bringing in Woodside, an LNG specialist, to take a quarter stake worth up to $2.7 billion, the U.S.-Israeli group of oil companies developing the project and its 540 billion cubic meters of reserves are looking to access a broader market, especially in Asia.

In the tax dispute, the government wants to depreciate Woodside’s initial $1.2 billion investment over the 30-year lifespan of the Leviathan field, while the company argues for a shorter 10-year term, a source close to the talks said.

A shorter depreciation period shields more of Woodside’s investment from tax. At stake is a sum of up to $100 million, a source at one of Woodside’s partners said, meaning it is unlikely to be a deal-breaker.

“The question is how to tax Woodside’s initial investment, down payment in the project and what type of tax structure they receive,” the source said.

Other points under discussion include the tax treatment of the investment itself.

“Treating it as a loan could mean that all of it is tax-free, whereas treating it like a capital investment removes that tax shield,” the first source said.

It is only the latest dispute between Woodside and the government. Tensions first arose a month ago, when the finance ministry moved to halve Woodside’s previously agreed investment return.

Woodside had been banking on 17 to 19 percent of the profits made from Israeli gas sales to Asia, but the government offered just 6 to 8 percent, the first source said.

Last week, Woodside pulled out of a high-profile signing ceremony for its purchase of the quarter stake, while talks with the government continued.

A spokeswoman for the Israel Tax Authority declined to give any details.

“Most of these outstanding issues have been resolved and agreed upon. The disagreement is over the taxation of the investment, not the gas exports,” a source said.

At the same time that tax issues delay the entry of a critical partner for realizing Leviathan’s export potential, the government seized an opportunity last week to pin down infrastructure commitments from the other Leviathan investors.

As part of a 30-year field lease sale to the four existing stakeholders — Noble Energy, Delek Drilling, Avner and Ratio Oil — the government secured pledges for the construction of 12 billion cubic metres (bcm) of pipeline capacity from Leviathan to Israel.

One clause in the lease may require investors to build pipeline capacity for potential exports to neighbouring Egypt, Turkey and to a proposed gas liquefaction plant offshore.

“Noble and Delek of course don’t like this as it implies more investment and could make the project a billion (dollars) or more over budget,” the first source said.

The partners also would be required to build the added capacity on an “open access system,” which would open the infrastructure for use by other companies.