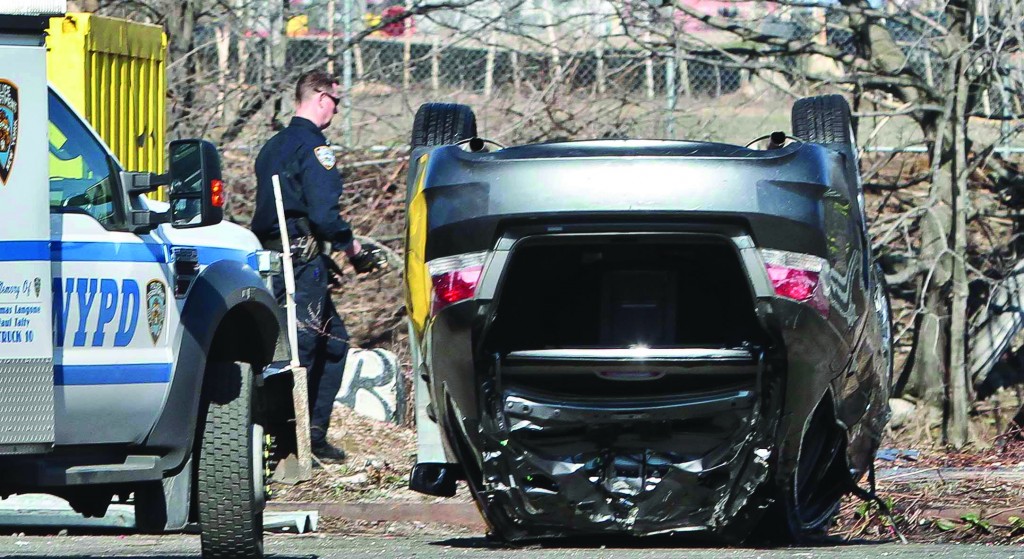 Speed and rain were being investigated as possible factors in the deadly crash of a car into a Queens creek that left four young people dead, police said Sunday.

Investigators were still trying to determine the cause of Friday’s accident, which sent a car with five people inside tumbling into a creek on a dead-end street in Queens. The only survivor was the 20-year-old driver, who escaped from the submerged car and called 911.

It was too late.

His four friends were trapped at the bottom of Steinway Creek, a trash- and waste-strewn inlet off the East River. The famed Steinway piano factory is a few hundred yards from the crash site.

Police said the driver had tried to make a quick U-turn as he suddenly faced the dead end late Friday evening, amid rain and fog. Instead, the 2009 Honda Accord slipped on the wet road and he lost control of the vehicle that flipped into the water, police said.

On Saturday, police visited a car service business that had security cameras facing the street in hopes of learning the speed of the Accord in the seconds before it crashed.

Fire department divers pulled the four victims from the car late Friday evening, within a half hour of the accident.

Authorities did not release the name of the driver, who suffered minor injuries.