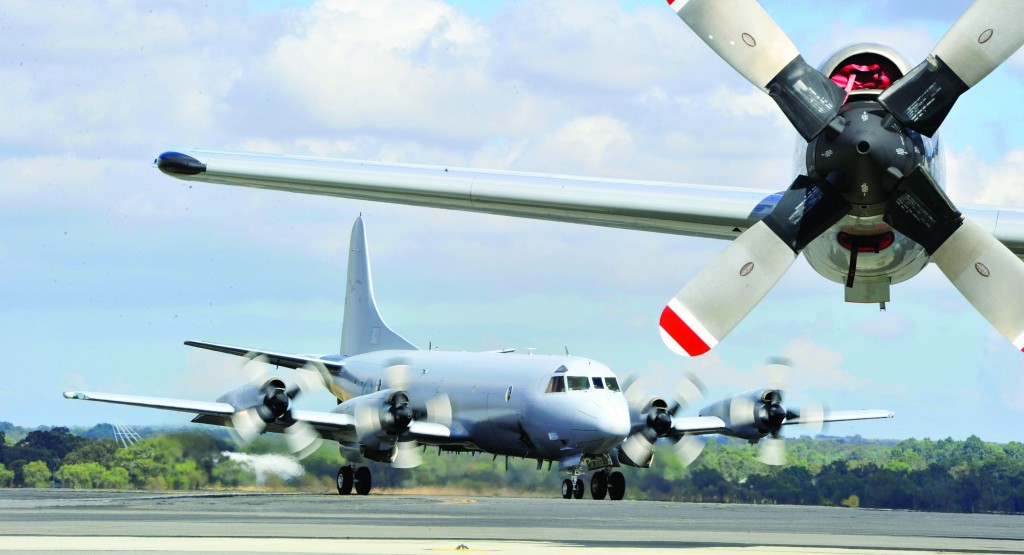 Searchers hunting for the missing Malaysia Airlines jet raced toward a patch of the southern Indian Ocean on Sunday to determine whether a few brief sounds picked up by underwater equipment came from the plane’s black boxes, whose battery-powered pingers are on the verge of dying out.

Ships scouring a remote stretch of water for the plane that vanished nearly a month ago detected three separate sounds over three days. A Chinese ship picked up an electronic pulsing signal on Friday and again on Saturday, and an Australian ship carrying sophisticated deep-sea acoustic equipment detected a signal in a different area on Sunday, the head of the multinational search said.

The two black boxes contain flight data and cockpit voice recordings that could solve one of the most baffling mysteries in modern aviation: who or what caused Flight 370 to veer radically off course and vanish March 8 while traveling from Kuala Lumpur, Malaysia, to Beijing with 239 people on board.

But there were questions about whether any of the sounds were the breakthrough that searchers are desperately seeking or just another dead end in a hunt seemingly full of them, with experts expressing doubt that the equipment aboard the Chinese ship was capable of picking up signals from the black boxes.

“This is an important and encouraging lead, but one which I urge you to treat carefully,” retired Australian Air Chief Marshal Angus Houston, who is coordinating the search, told reporters in Perth.

He warned that the sounds were “fleeting, fleeting acoustic events,” not the more extended transmissions that would be expected. 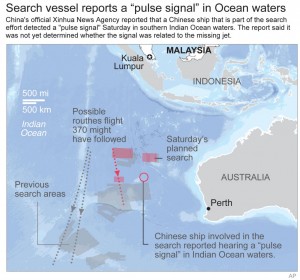 Searchers are racing against time to find the voice and data recorders. The devices emit “pings” so they can be more easily found, but the batteries last only about a month.

Houston confirmed the report and said the Haixun 01 detected a signal again on Saturday within 1.4 miles of the original signal, for 90 seconds. He said China also reported seeing floating white objects in the area.

The British navy ship HMS Echo, which is fitted with sophisticated sound-locating equipment, arrived in the area to join the search, Britain reported.

The Australian navy’s Ocean Shield, which is carrying high-tech sound detectors from the U.S. Navy, will also head there, but will first investigate the sound it picked up in its current region, about 300 nautical miles away, Houston said.

Australian military aircraft are also being sent into the Haixun 01’s area to investigate, he said.

In Kuala Lumpur, families of passengers aboard the missing plane attended a prayer service Sunday that also drew thousands of Malaysian supporters.