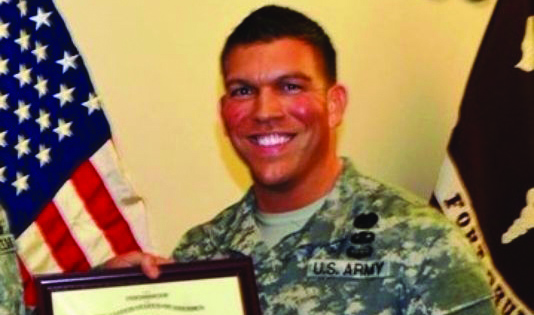 An Iraq War veteran from western New York was among the 16 people wounded during a shooting rampage at Fort Hood in Texas, Gov. Andrew Cuomo said Thursday.

Maj. Patrick Miller, 32, was wounded during the attack Wednesday by a gunman who killed three people before committing suicide.

Miller, who lives with his wife outside Austin, Texas, is a native of Allegany in Cattaraugus County.

His condition wasn’t released, but a doctor at a Texas hospital treating some of the wounded said he doesn’t expect any more deaths resulting from the shooting. His parents, Carole and Dr. John Miller, were en route to Texas on Thursday.

“He was never shy about jumping in with both feet,” Brawdy said in an interview. “From the very beginning, he knew he wanted to be an officer in the Army.”

Miller was first deployed to Iraq in 2003, where he led a platoon that provided combat health services. He returned in 2006 to advise Iraqis on logistics, according to his LinkedIn profile. Miller served as a financial officer at Fort Drum in northern New York until last summer, when he went to Fort Hood and became a brigade comptroller.