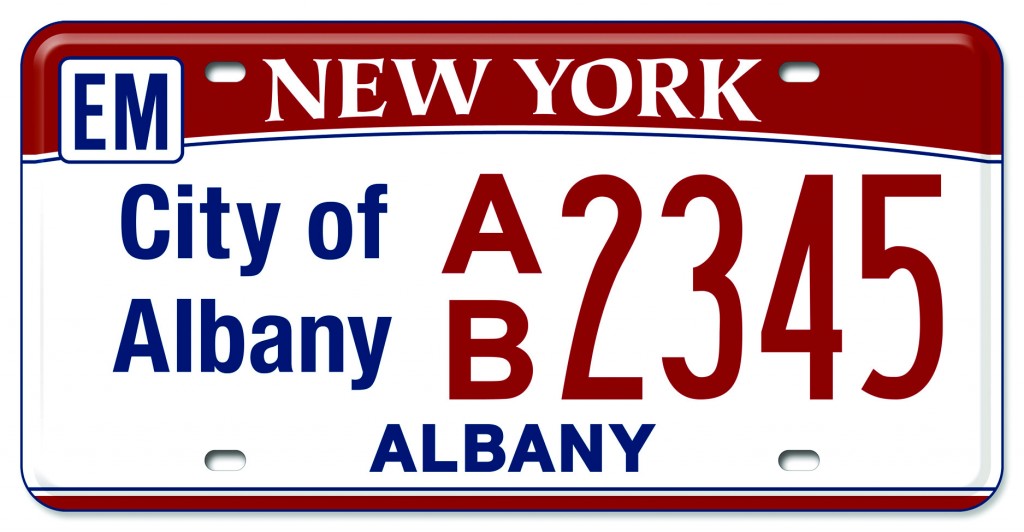 New York state emergency vehicles are now eligible for specialized red license plates to assure they have immediate access during a state of emergency as well as prioritized access for assets such as emergency fuel supplies.

Gov. Andrew Cuomo said Thursday that the Department of Motor Vehicles will begin issuing the first emergency management license plates. The new plates will have a white background and a red banner with the “EM” designation appearing in the upper left hand corner. The name of the State Agency or the political subdivision and its county of primary use will also be displayed on the plate.

The state Department of Homeland Security will determine how many red license plates will be available to the various agencies and localities. Initially, most localities will be entitled to register for a minimum number of red plates. The vehicle must either be owned or controlled and registered in the name of the State agency or locality in order to be eligible. Additionally, the highest- ranking government official in each locality will certify that the vehicles are eligible.

Letters were sent out advising qualifying agencies how to apply. There is no charge for the plates.

Cuomo’s statement said that “volunteer organizations are not political subdivisions” that are eligible for the plates.

A Shomrim official told Hamodia that they were still “chewing it over” to see if they were qualified, but based on the press release he said he imagined that they were not.

A call to Hatzolah was not returned as we went to print.