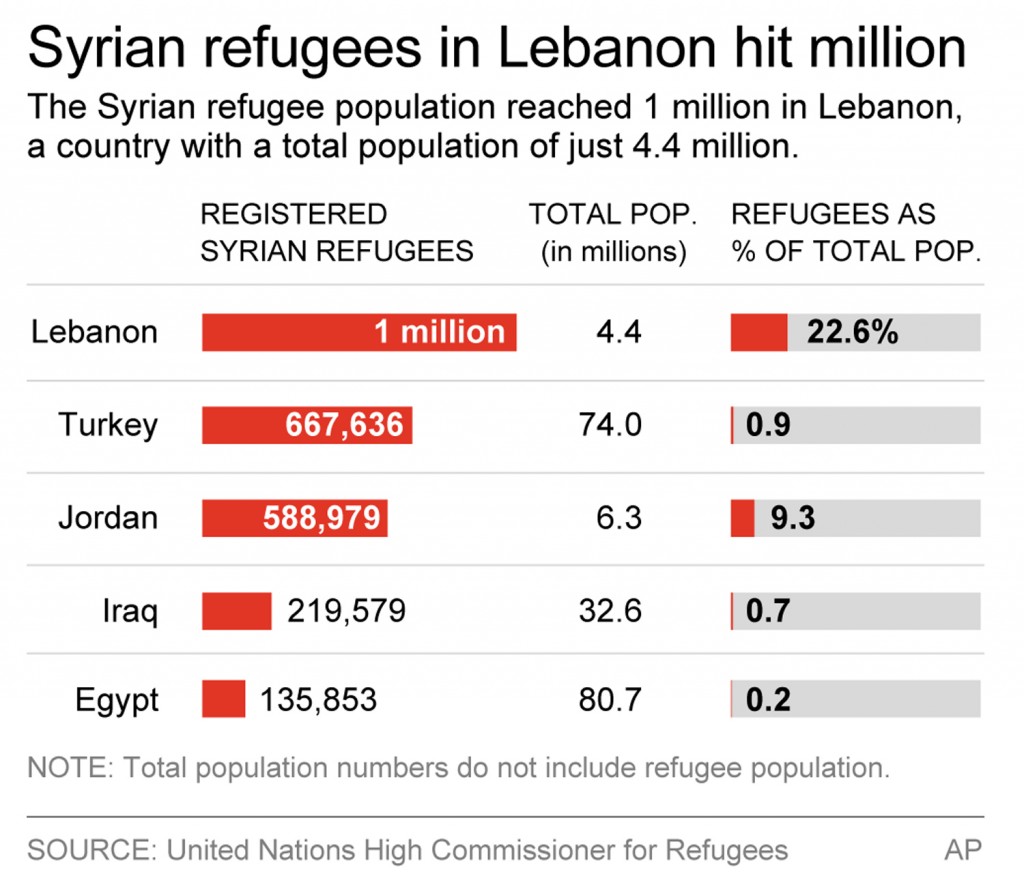 Yahya was trapped in his hometown for two years by Syria’s civil war, moving from house to house to avoid shells and bullets. His father was killed by a sniper. His family then fled to another town that came under a fierce government offensive.

When the teenager finally made it out of the country with his mother and two sisters, he became the latest sad statistic of the sectarian conflict: the one-millionth refugee to register in Lebanon.

The United Nations’ refugee agency, which invited reporters to witness Yahya’s registration and allowed them to interview the 19-year-old, described the 1 million figure as a “devastating milestone” for Lebanon.

There are many more Syrians inside Lebanon than those officially registered, with the Lebanese government itself estimating that at least a half-million are unregistered.

The UNHCR says it is registering an average of more than one refugee a minute in Lebanon, a country of 4.5 million that is seeing its resources strained by the new arrivals.

“I feel sad because this means that 1 million fled here before me to suffer together,” Yahya said as he waited to register with the UNHCR in the northern city of Tripoli.

The conflict in Syria, which had a population of 23 million before the civil war, has killed more than 150,000 people.

Lebanon has the highest per-capita concentration of refugees recorded anywhere in the world in recent history, the UNHCR said.

“For us, the one-millionth refugee is a devastating marker,” said Ninette Kelley, UNHCR representative in Lebanon. She said that the agency wants “the world to see what it means to individuals, being torn apart by the Syrian conflict,” but also to “show what a tremendous burden the Lebanese people are bearing.”