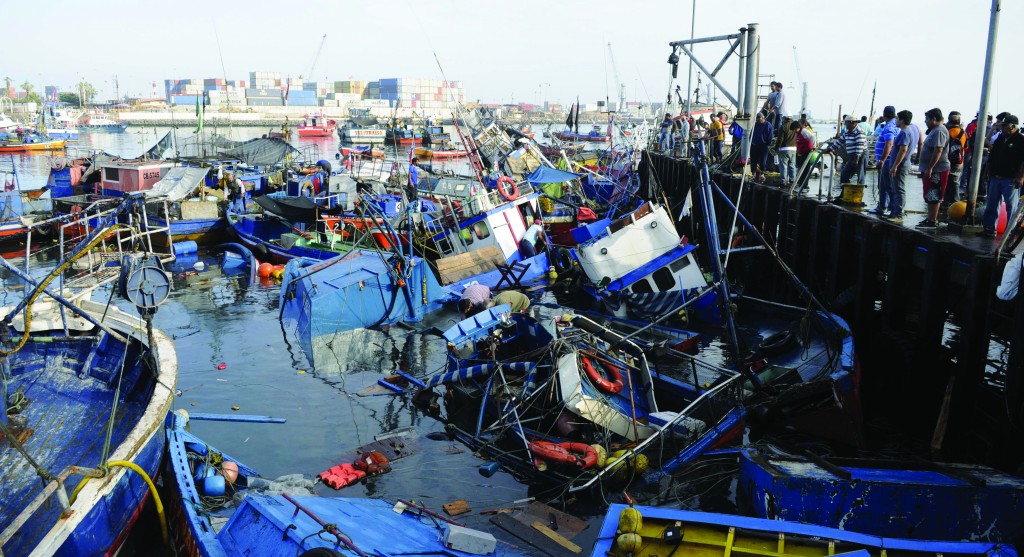 Authorities in northern Chile discovered surprisingly light damage and just six reported deaths Wednesday from a magnitude-8.2 quake — a remarkably low toll for such a powerful shift in the Earth’s crust.

President Michelle Bachelet arrived in Iquique before noon to review damage after declaring a state of emergency. Hours earlier, she sent a military plane with 100 anti-riot police to join 300 soldiers deployed to prevent looting and round up escaped prisoners.

Thousands of people evacuated from low-lying areas were returning home after a spending a long night outside due to the threat of a tsunami. The shaking that began at 8:46 p.m. Tuesday also touched off landslides that blocked roads, knocked out power for thousands, damaged an airport and started fires that destroyed several businesses.

Chile is one of the world’s most quake-prone countries. Its seismic gap last saw a major quake in 1877, when a magnitude-8.8 quake unleashed a tsunami that caused fatalities as far away as Hawaii and Japan.