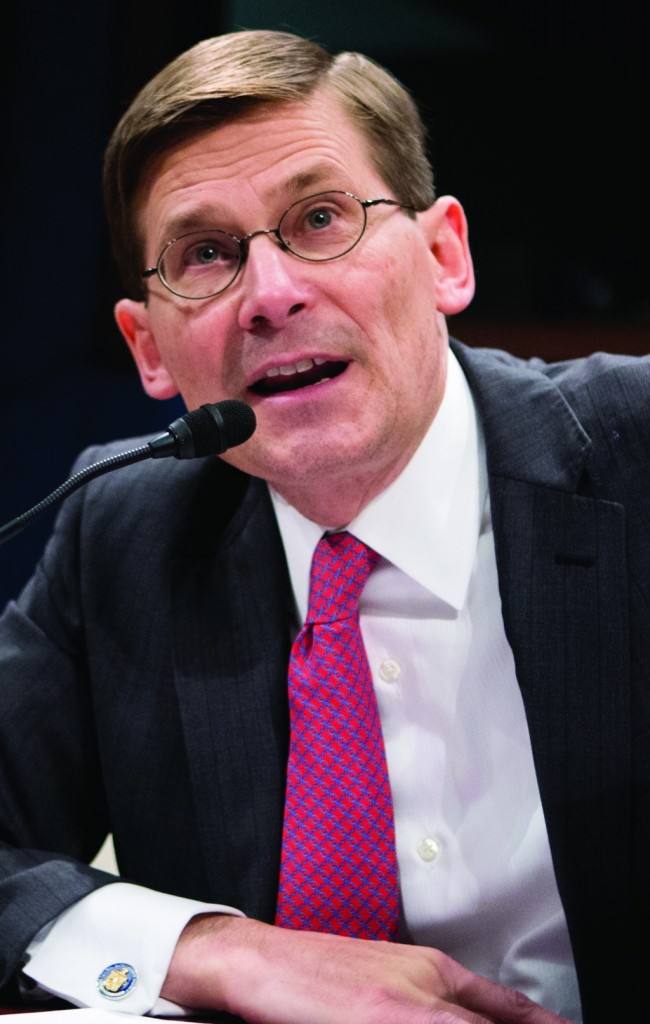 The former deputy director of the CIA insisted on Wednesday that he didn’t edit the widely debunked talking points on the 2012 Benghazi attack due to political pressure to protect President Barack Obama and former Secretary of State Hillary Rodham Clinton.

In a rare open session, Mike Morell offered a lengthy defense of his actions and the work of the spy agency in the politically-charged aftermath of the Sept. 11 assault on the diplomatic mission in Libya. Four Americans, including U.S. Ambassador Chris Stevens, were killed in two separate terror attacks over a chaotic period of several hours.

Responding to questions, Morell, who served six presidents during a 33-year career with the CIA, was even more emphatic.

“I never allowed politics to influence what I said or did. Never,” he said.

Four days after the attack, Morell edited the talking points to remove references to multiple CIA analyses about threats from extremists tied to al-Qaida in Benghazi and eastern Libya, and five other attacks since April. In its place, Morell added a sentence saying, “there are indications that extremists participated in the violent demonstrations.”

Susan Rice, then U.S. ambassador to the United Nations, then used the report in a series of Sunday talk show appearances.

Morell testified that it was just a “way for CIA to pound its chest and say ‘we warned,’ laying all the blame on the State Department.” Morell said he and the agency could have done a better job, but he dismissed suggestions that the CIA “cooked the books”in the assessment of the attack.

The intelligence community’s talking points, compiled for members of Congress, suggested the Sept. 11 attack stemmed from protests in Cairo and elsewhere over an anti-Islamic video.

Morell said he had no idea that Rice would use the talking points on the Sunday shows. He said he believed there had been a protest but also believed it was a terrorist attack. Rep. Mike Rogers (R-Mich.), chairman of the committee, said the White House used the talking points “to perpetuate its own misguided political agenda.”

“The White House wants to … perpetuate the fallacy that al-Qaida and other Islamic extremists are on the verge of defeat,” Rogers said.