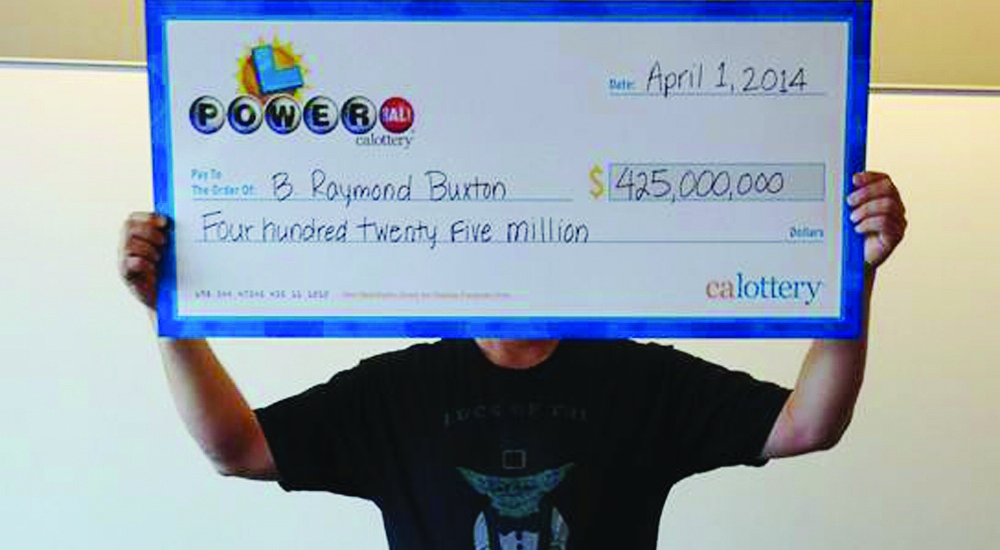 The winner of one of the largest Powerball jackpots in history has finally come forward — but he still hasn’t quite revealed his identity.

B. Raymond Buxton, a Northern California man, waited more than a month to accept his prize on Tuesday at the California Lottery headquarters in Sacramento.

In a photo taken after he claimed the money on Tuesday, Buxton was covering his face with an oversize check for $425 million.

“He really wants to live a private life as best he can,” Buxton’s publicist Sam Singer said. “He was a solidly middle-class American, and today he is a solidly wealthy one.”

Buxton won’t reveal his age, address or what he did for a living until his very recent retirement. One reason that Buxton waited to come forward on April 1 — April Fool’s Day — is simply that he has a healthy sense of humor, Singer said. “He still can’t believe it’s not a prank on him. But the reality is Ray Buxton is the winner.”

Another reason is that Buxton has been working since February with an attorney and financial adviser to establish new bank accounts, set up a charity and sort out tax issues.

“I’m going to enjoy my new job setting up a charitable foundation focused on the areas of pediatric health, child hunger and education,” Buxton said Tuesday in a prepared statement.

Buxton bought the sole winning ticket for the Feb. 19 drawing while getting lunch at a restaurant when he decided to buy another ticket because the jackpot was so large. After the winning numbers were announced, Buxton said, he sat in front of his computer in disbelief, checking and rechecking his ticket — and telling no one else that he had won. “Sitting on a ticket of this value was very scary,” he said.

“Once the initial shock passed, I couldn’t sleep for days,” Buxton said.

The $425 million jackpot is one of the largest lottery jackpots in U.S. history, though far from the record. The nation’s biggest lottery prize was a Mega Millions jackpot of $656 million in 2012. The biggest Powerball jackpot was a $590.5 million in May.