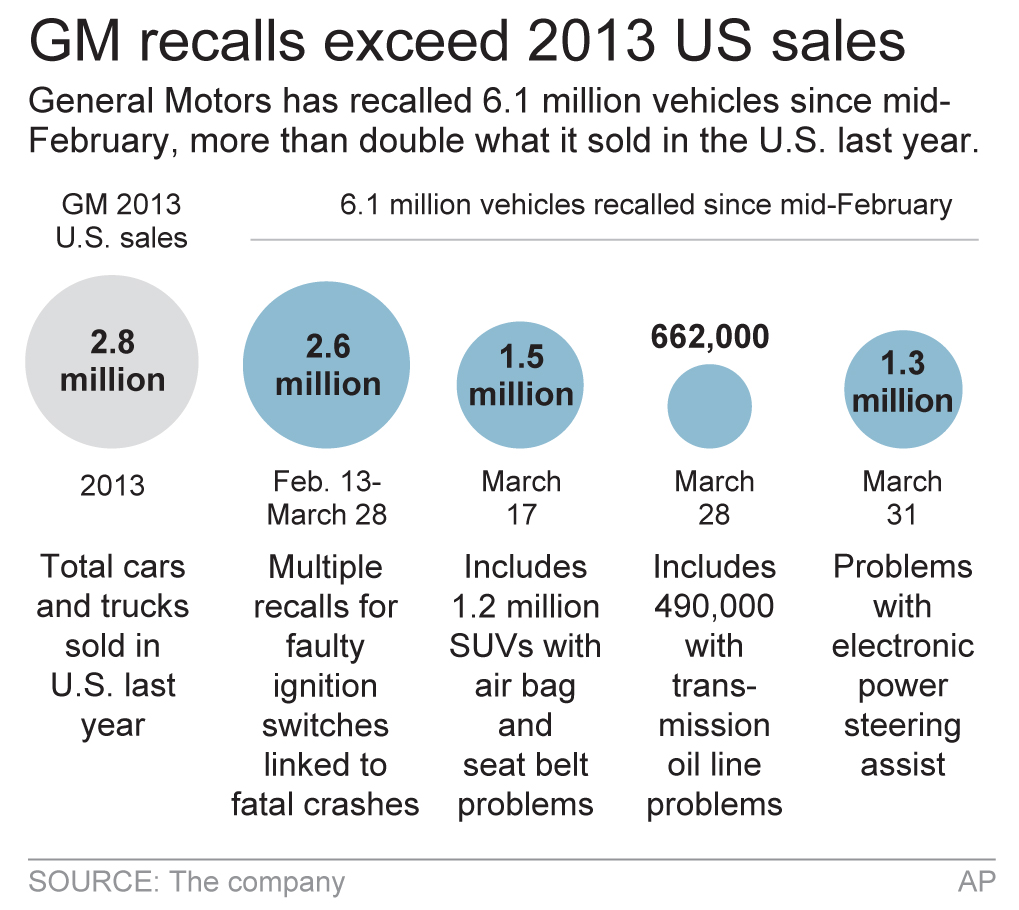 The new recall brings to 6.3 million the number of vehicles GM has recalled since February. The initial recall — now at 2.6 million small cars for an ignition-switch defect — prompted the automaker to name a new safety chief and speed up the review of cases that might lead to recalls.

GM said it expects recall-related costs to total $750 million in the first quarter, including $300 million for the ignition-switch recall.

Included in the new recall are:

GM dealers will replace the power-steering motor and other parts for free. Spokesman Alan Adler said owners will be notified of the recall the week of April 28 and will be told when parts are available after that.

The Cobalt and the Ion, which are also involved in the ignition-switch recall, share many common parts. GM recalled Cobalts from the 2005-2010 model years for the power-steering defect in 2010, but it’s unclear why the company didn’t recall the Ion at the same time.

Federal regulators also opened an investigation into power-steering complaints in the Ion in 2010, but didn’t order a recall.