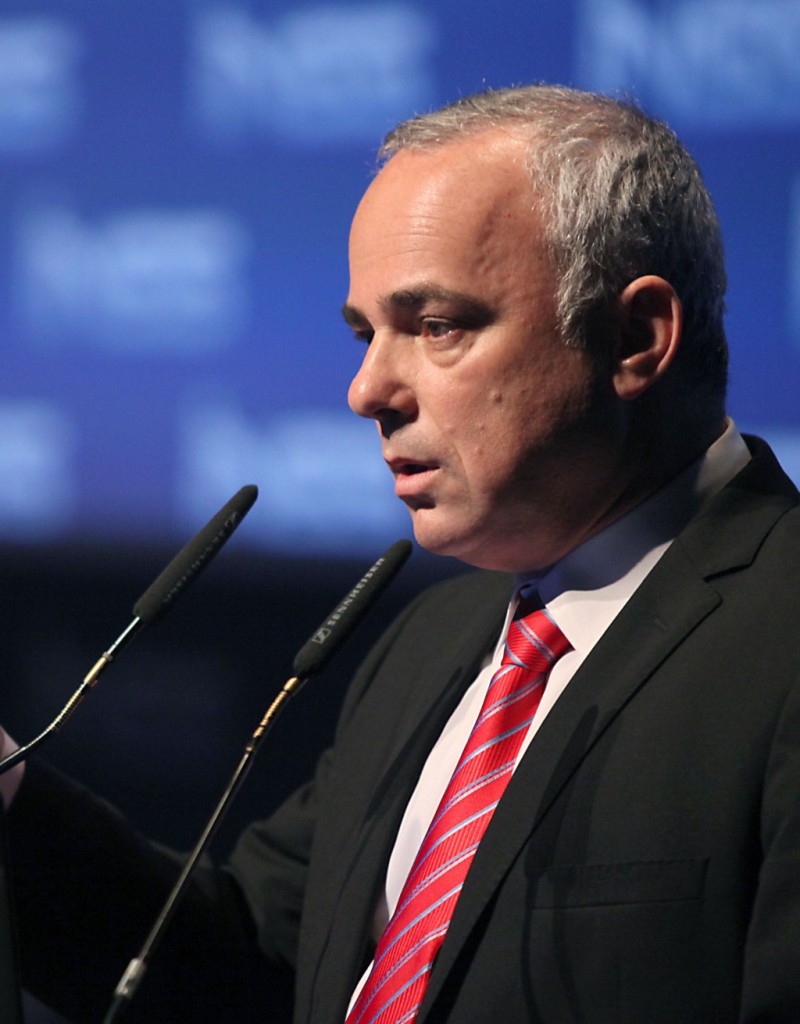 Israel’s decision to postpone the fourth and final round of Palestinian prisoner releases until or unless the Palestinian Authority commits to continuing peace talks had American officials scrambling for a way out of the crisis on Sunday.

The Palestinians have threatened to walk out of the negotiations and seek recognition in the U.N. if the prisoners are not delivered.

The issue “could be resolved or it could fall apart” as the “haggling” goes on in the next few days, Israeli Prime Minister Binyamin Netanyahu told a meeting of his Likud Party on Sunday, according to meeting participants.

“In any case, there won’t be any deal without getting something in return,” Netanyahu said.

Reports of proposals and counter-proposals for the release of hundreds of additional  prisoners filled the media on Sunday. Israel offered to set free 400 in addition to the 26 scheduled to be set free now, if the PA would agree to stay in negotiations for another six months after the April 30 deadline. The Palestinians rejected that offer, according to The Times of Israel.

Instead, Palestinian officials were seeking the release of 1,000 additional prisoners, as well as a freeze on Israeli construction in Yehudah and Shomron. In exchange, peace talks would be extended until the end of 2014.

The Palestinian newspaper Al-Quds reported that a “knowledgeable source” said that the fourth release will be carried out by Tuesday at the latest, but there was no official confirmation.

Israeli officials maintain they are under no obligation to carry out the final release, because the Palestinians have not been negotiating in good faith. The Palestinians insist that the Israelis are breaking a promise. U.S. sources told The Jerusalem Post that Israel’s failure to release the final group of prisoners would, in their view, be a violation of the original deal.

Obama administration officials told The Washington Post that if the talks break down over Israel’s refusal to go through with the release of the fourth batch of prisoners, it would be hard for the U.S. to stop U.N. recognition of a Palestinian state.

Yuval Steinitz, a Likud Cabinet minister, said “it is clear” the release can’t be carried out if Mahmoud Abbas plans on walking out of the talks the next day, as it was rumored. “This release was meant to be carried out as the talks proceed, and not when they fall apart.”

Deputy Foreign Minister Ze’ev Elkin (Likud) said that Israel should not release any more prisoners, adding that the Palestinians haven’t “moved a millimeter” in their positions.

Speaking on Israel Radio Elkin characterized the idea of releasing prisoners in exchange for further negotiations as “a strange thing in the world,” reminding listeners that the U.S. still hasn’t released Jonathan Pollard, an American citizen, yet expects Israel to release its own citizens in exchange for extended talks.

Despite repeated threats, Palestinian officials have indicated that they aren’t walking out yet. The chief Palestinian negotiator, Saeb Erekat, confirmed that negotiations were ongoing and said Abbas was “making every possible effort” to ensure the release of the fourth group, The Associated Press reported.

Regardless of Palestinian pledges to extend the talks, Netanyahu ostensibly faces a coalition crisis if he agrees to such a deal. He reportedly told U.S. Secretary of State John Kerry that he feared his coalition could fall apart if Israel frees the fourth batch of Palestinian prisoners — among them 14 Israeli Arabs.

Economy Minister Naftali Bennett, Jewish Home chairman, said he would not allow the release of 400 prisoners to go forward.

“Let me be clear: This will not happen,” he said Sunday morning.

Jewish Home’s Uri Ariel, the minister of housing and construction, was said to be ready to recommend that his party leave the coalition if the release of the extra prisoners goes through.

State Department Spokeswoman Jen Psaki would only say that nothing has been resolved. “In regard to reports on an agreement on the release of prisoners, no deal has been arrived at, and we continue to work intensively with both sides. Any claims to the contrary are inaccurate.”

Meanwhile, U.S. Special Envoy for Israeli-Palestinian Negotiations Martin Indyk met with Erekat and Israel’s envoy to the peace talks, Yitzchak Molcho, in Yerushalayim on Motzoei Shabbos. Erekat was quoted by Army Radio saying he believed the deadlock would be broken and the fourth group of prisoners would go free early in the coming week.

Kerry, who was in Paris, was said to be weighing a return to the region to try to hold the talks together.