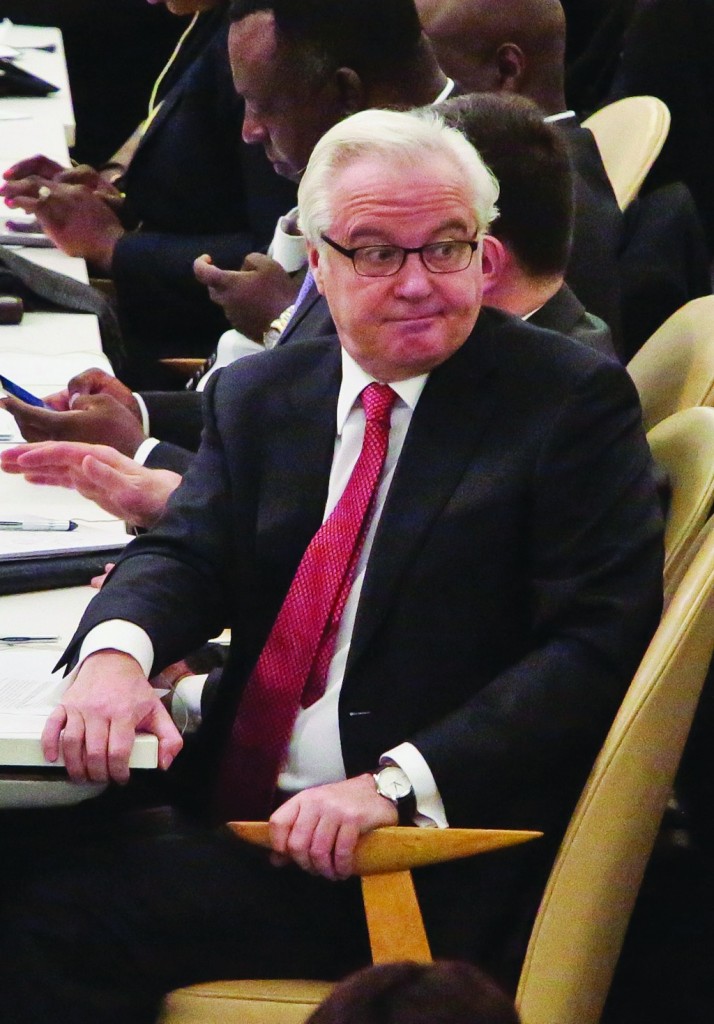 In a surprisingly strong rebuke of Moscow, the U.N. General Assembly on Thursday affirmed Ukraine’s territorial integrity and deemed the referendum that led to Russia’s annexation of the Crimean Peninsula illegal.

The vote on the Ukraine-sponsored resolution in the 193-member world body was 100 countries in favor, 11 opposed and 58 abstentions. Twenty-four countries did not vote.

While Ukraine has a lot of sympathy among U.N. member states, Russia has a lot of clout. Both sides lobbied hard ahead of the vote, and diplomats had predicted a significant number of abstentions and a maximum 80 to 90 countries supporting the resolution.

So the high number of “yes” votes, representing more than half the 193 U.N. member states, was a sign of international anger at Moscow’s slow-motion military invasion of Crimea.

“This support has come from all corners of the world which shows that this [is] not only a regional matter but a global one,” Ukraine’s Foreign Minister Andriy Deshchytsia told reporters after the vote.

“It’s the message that the world is united and Russia is isolated,” Deshchytsia said later in an interview with The Associated Press.

But Russia’s U.N. Ambassador Vitaly Churkin called it “a moral victory for the Russian diplomacy, because an increasing number of countries are beginning to understand the complexity of the situation and the motives behind the actions of Crimea and the Russian Federation.”

“The fact that almost half of the members of the United Nations refused to support this resolution, I think is very encouraging,” Churkin said. “So it’s a very encouraging trend and I think this trend will become stronger and stronger.”

Unlike the more powerful Security Council, resolutions in the General Assembly cannot be vetoed but are not legally binding.

Russia has blocked action in the Security Council where they have veto power as one its five permanent members. Even so, the 15-member council has held eight meetings on Ukraine, as Western powers strive to keep up the pressure on Moscow.

U.S. Ambassador Samantha Power, in urging a “yes” vote, stressed its call for a diplomatic, not a military solution, to the crisis and the need to de-escalate tensions and an electoral process that allows all Ukrainians to choose their leaders freely and without coercion.