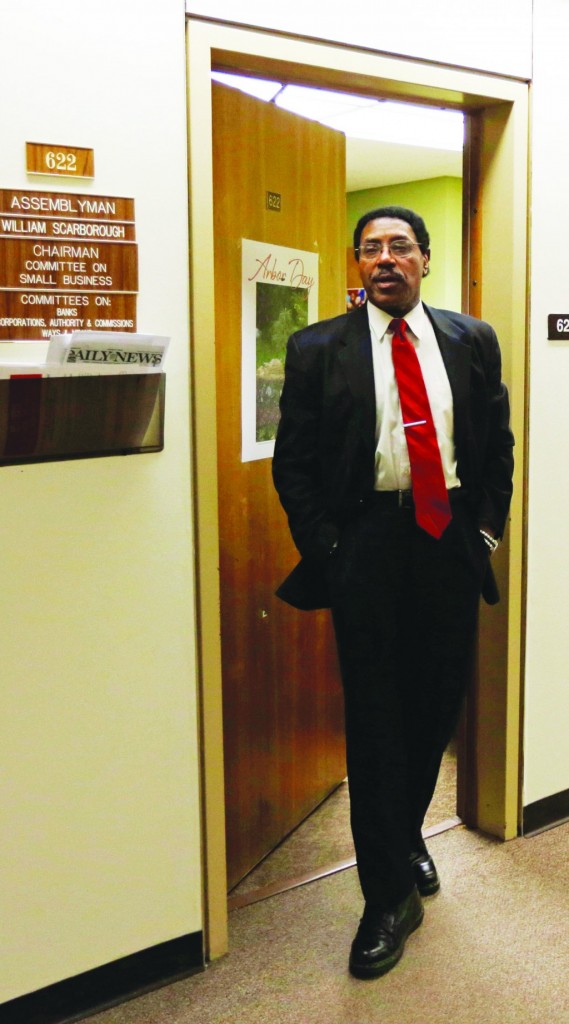 Federal agents on Wednesday raided the home, offices and hotel room of a state assemblyman from Queens in an investigation of his daily expense claims, the lawmaker said Wednesday.

Democrat William Scarborough said FBI agents had left his office earlier in the day with boxes marked “evidence.” He says they took his cellphone, calendars and “just about everything.” Hours earlier, agents and representatives from Attorney General Eric Schneiderman’s office also raided his Albany hotel room, he said.

The investigation is the latest in a series of embarrassing corruption and harassment scandals in the New York Legislature, a dozen members of which were arrested over the past year.

Scarborough told reporters outside his Albany office that he hasn’t misused per diems, the daily payments that out-of-town lawmakers can collect when the stay over in Albany, and called the investigation a “misunderstanding.” Scarborough said that under Assembly regulations, if he spends the night in Albany, he is entitled to claim being there regardless of the time he arrives.

Scarborough initially said the FBI told him to expect indictments in the case, but that he would not be among them. Scarborough later softened his claim, telling reporters to ask the FBI about potential indictments.

Scarborough also said agents wanted him to provide information about other legislators.

Scarborough said he would leave his home around 9 p.m. to head to Albany and claim the day. The drive from Queens to Albany is roughly three hours.

Assembly Speaker Sheldon Silver said he “didn’t know anything” about the investigation.