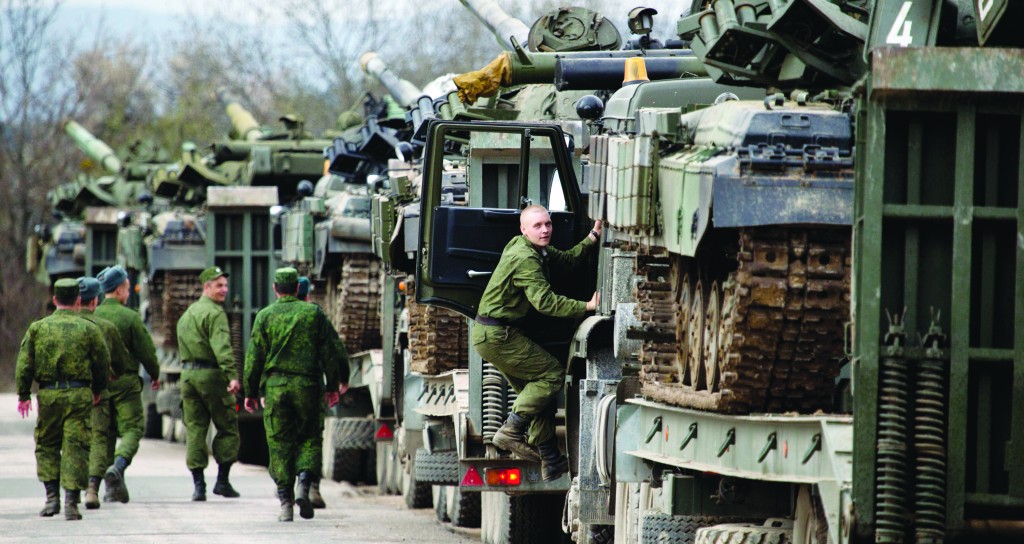 Within days of Crimea being swallowed up by Russia, the lights began flickering out.

Officials in the peninsula accused Ukraine of halving electricity supplies in order to bully Crimea, which voted earlier this month in a referendum to secede and join Russia.

“Cutting supplies is an attempt by Kiev to blackmail Russia through Crimea,” Crimean Prime Minister Sergei Aksyonov wrote on his Twitter account.

Aksyonov’s combative reaction reflects a sobering reality for Crimea: the strategic peninsula’s overwhelming reliance on electricity and water supplies from mainland Ukraine. The Kiev government, which has been unable to prevent the Russian annexation, still wields a weapon it can use to bargain with its aggressive neighbor.

Crimea currently gets about 80 percent of its electricity and a similar share of its water needs from Ukraine.

But Ukraine also needs to be careful not to hit Crimeans too hard over electricity and water. It cannot afford to be seen hurting ordinary people as it argues that the region remains part of its territory.

Ukrainian authorities have described power cutoffs to Crimea this week as simply the result of technical maintenance and insist they would do nothing to harm residents. Russian officials have rushed to the rescue with hundreds of diesel generators and started drafting plans to connect the region’s electrical grid to mainland Russia.

Regardless of the intention behind the recent blackouts, they have underscored Crimea’s dependency on mainland Ukraine. They also highlight its lack of a real contingency plan if Kiev does decide to pull the plug. Russia’s long-term projects could eventually snap Crimea’s reliance on Ukraine for good, but that could take years.

Either way, many of the Crimeans who have supported the Russian annexation remain confident Russia will come to the rescue if matters get any more serious.

“We’ve lived through this before, I’ll just go and buy some candles,” said Olga Dusheyeva, an 81-year-old former math teacher. “I’m not scared, I know that Russia will always help us.”