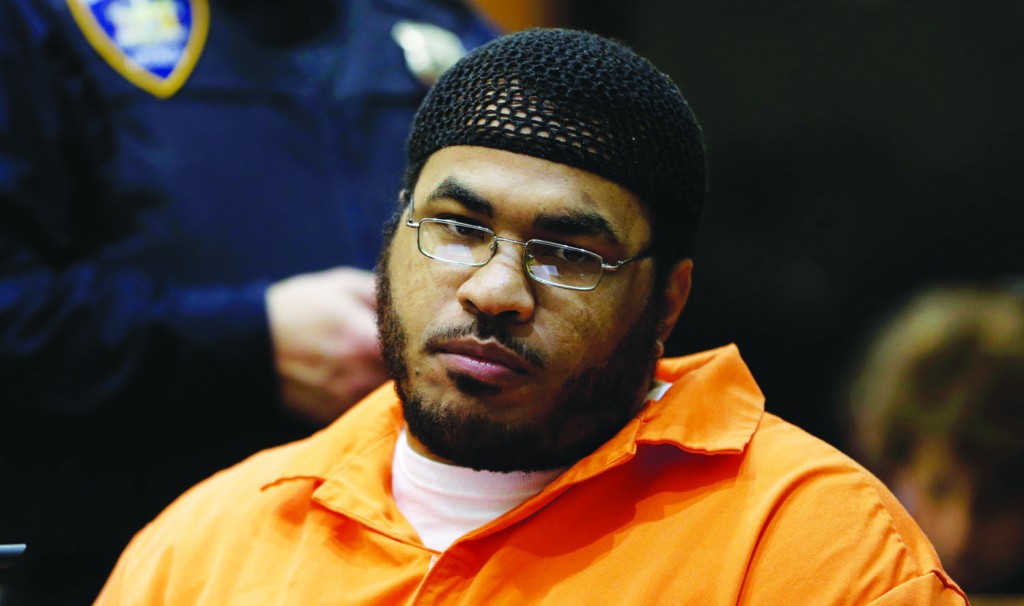 An al-Qaida sympathizer who admitted trying to build pipe bombs to carry out a homegrown terror campaign was sentenced Tuesday to 16 years in prison, capping a case authorities called an illustration of the threat of lone, local would-be terrorists but his lawyers portrayed as an example of police entrapment.

Jose Pimentel, his hands shackled and enclosed in mitts, declined to speak as he was sentenced in the rare state-level terror case; most are federal. Pimentel, 29, last month admitted he tried to fashion a pipe bomb out of household items in an informant’s basement in November 2011 and aspired to use it to “try to undermine public support for the wars in Iraq and Afghanistan.”

He had been recorded brainstorming about attacks ranging from killing returning soldiers to blowing up a police station to bombing the George Washington Bridge, authorities said.

“Local law enforcement is not only uniquely situated to identify threats of terrorism — we are ready and able to stop acts of terrorism before they occur,” he said.

Pimentel pleaded guilty to attempted criminal possession of a weapon as a crime of terrorism. While he forfeited many rights to appeal, even defendants who plead guilty retain rights to some legal challenges, and his lawyers said Tuesday that an appellate attorney would review the case.

Pimentel, a Dominican native, grew up in the United States, converted to Islam around 2004 and became an outspoken extremist who also went by Muhammad Yusuf. He maintained a website with articles lauding Osama bin Laden, saying it was valid to target those killed on Sept. 11 and giving reasons to “nuke the USA.”

He was arrested while making a bomb out of clocks, lights and other everyday materials, and he told police he was about an hour from finishing it. Then-Mayor Michael Bloomberg held a rare Sunday night news conference to announce the arrest, calling Pimentel “exactly the kind of threat” federal authorities warned could arise at home.

Pimentel was charged under a seldom-used state law passed shortly after the Sept. 11 attacks. After his arrest, some law enforcement officials said the FBI had passed on his case because of doubts whether he would have acted without an informant.