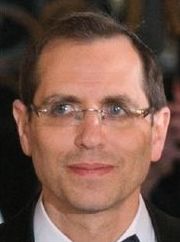 Family and friends of Peretz Sontag remembered his bright smile and charitable deeds at his levayah Monday, a day after his body was found following a weeklong search. The 50-year-old husband and father of seven, the youngest of whom is 4, was taken Tuesday to Eretz Yisrael for kevurah.

“When we were looking for pictures to put on the poster, all we could find was pictures of him smiling,” Aron Wieder (D-Spring Valley), majority leader of the Rockland legislature, told Hamodia. “These two things came through throughout the week and a half [of the search] — he was always smiling and doing chessed. He was all in all a happy, good-natured person.”

Mr. Sontag regularly had guests at his Shabbos table, donated generously to tzedakah groups both in New York and Eretz Yisrael, and loved his family, Mr. Wieder said. He was the one who offered to call people to wake them up for an early morning shiur, his Rav recalled.

“He wasn’t a very large person, but he had a huge heart and a large smile,” Dov Eisenberger, Mr. Sontag’s brother-in-law, told the hundreds who gathered at Hellman Memorial Chapel, The Journal News reported.

Several speakers at the levayah spoke about Mr. Sontag’s chessed to others, whether it was helping causes in Israel, donating to tzedakah organizations that help poor people or opening his home to those who needed to eat or a place to sleep.

Mr. Sontag disappeared on March 14, prompting an outpouring of support for the family, with hundreds of volunteers offering to search for him. He was found by volunteers on Sunday afternoon.

Mr. Sontag is survived by his wife Tammy and seven children.

Shivah will be observed at 27 Roble Road in Wesley Hills until Monday morning.